Harambee Stars Captain Victor Wanyama made an unforeseeable move to Major League Soccer on Tuesday after he signed for Canada-based Montreal Impact.

This move came as a shock to Kenyans as well as Tottenham fans as no one would have imagined Wanyama to make such a move. Major League Soccer is best known as a league where players go to end their careers.

Wanyama cannot be ending his career now as he still has a couple of years in his boots. The Kenyan Captain is only 28 years old and many would say he has made the move too early. Wanyama moved to the MLS for reasons only he knows.

The Downhill Road at Spurs

Falling out of favour at Spurs might have fueled Wanyama’s desperation to leave the club. However, leaving Tottenham could mean that Wanyama’s prime years are over. His staunch at Spurs has been probably the most memorable part of his career.

Fans were happy when Wanyama signed for Spurs in 2016. The Kenyan even made history in his transfer being the first Kenyan to play for the London club. He had broken another record when he joined Southampton as he became the first East African to play in the English Premier League.

He made 97 appearances for Spurs across four years, with the majority of his playing time coming in his first season before knee injuries kept him consistently on the sidelines. The injuries constantly led Wanyama out of the Manager’s eye as he was now trading on a downhill road.

Wanyama was still having a great time at Spurs up until he started having knee problems. The knee injury that affected him most was the one he got right before the African Cup of Nations (AFCON). Wanyama was sidelined for 65 days and when he got back he was not the same again.

See Also>> From Victor Wanyama, Three Money Lessons That Will Change You

The injury effect on the Kenyan captain was evident when he featured for the Harambee Stars at AFCON. He was not the ‘Lion of Muthurwa‘ everyone expected to see. He wasn’t the midfield legend Kenyans knew.

Kenyans expected to see a Wanyama who was bossing the midfield under Mauricio Pochetino both at Southampton and Tottenham. The Man who scored a thunderbolt equalizer against Liverpool at Anfield.

However, after falling out of favour, things were not the same again for him. Being the Captain, both fans, players, and the technical bench expected Wanyama to bring in quality. Wanyama failed to fulfill people’s expectations when he featured at AFCON.

Wanyama had to leave Spurs. Not just for his own good but for the good of his country, Kenya. Even though no one could ever predict the MLS, Kenyan fans are happy that he now has a chance to get playtime and bring back the lion in him.

Where Wanyama Will Likely Go Next

Wanyama began his career in Kenya and could as well end his career here. We have seen Dennis Oliech do the same when he returned to play for Gor Mahia. Wanyama played for Nairobi City Stars and AFC Leopards before leaving the country to join Beerschot AC in Belgium.

After 2 seasons with Beerschot, the Kenyan international joined Scottish side Celtic where he won the only trophies in his career. It is from Celtic that he joined Southampton then later Tottenham Hotspurs.

When playing the Kenya Premier League, Wanyama was fresh from high school and was only starting off his career. Moving to Belgium was the life-changing switch as he moved to somewhere he had an opportunity of attracting big clubs, which he did.

His time at Celtic, Southampton and his first season at Spurs were Wanyama’s prime years. This was the time when he was a fan favorite and indeed a Lion in the midfield.

Moving to the MLS shows that Wanyama is now headed downhill. He might have moved there for the money the way many players do when they are about to retire. Wanyama has gone to Montreal to earn more while playing without much pressure.

By the time Wanyama will be leaving MLS, the only way will be back home or to Asia if he will be looking to earn more. The ‘Lion of Muthurwa’ might come back but give him a few years for him to enjoy pressureless soccer at Montreal Impact.

See>> With 2% Death Toll, Here’s What The World Fears About Corona Virus 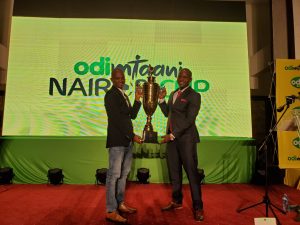