Elizabeth Wangui Kimunya who became the face of the inane political violence in 2007/8. Wangui was battling depression since the PEV in 2008 and succumbed to cancer in July last year. [Photo/Reactor Review]

After launching the Building Bridges Initiative (BBI) soon after the handshake between Uhuru Kenyatta and Raila Odinga, Kenya has not experienced vitriol at this level since the 2007 election violence.

Lest we forget, Kenya was on the brink following the 2007 election which led to the deaths of tens of thousands, displacement of hundreds of thousands and the crippling of the economy which brought the country to its knees following the chaos after the election.

Financed and fanned by bigoted politicians, the 2007 post-election violence remains a dark blot on the country’s leadership at the time which included Raila, retired President Mwai and Kibaki and DP William Ruto. At the time, Uhuru was behind Kibaki in a hotly contested election where it was a do or die for most of the politicians.

With the chaos, the international community led by US Secretary of State at the time, Condoleeza Rice, brokered a peace deal which saw the antagonists accept to share the plum positions- as has always been the case- in government.

Thereafter, no punishment was meted on those who orchestrated and financed the chaos. In addition, no reparations were made for the most affected who lost their loved ones, livelihoods, homes and much more.

And now, Kenyan politicians are at it again while ordinary Kenyans who should be pushing for better living conditions, employment creation and prudent spending of public resources are cheering the warmongers on. It is a time bomb.

Johann Kriegler, the South African Judge who chaired the Independent Review Commission (IREC) to investigate what led to the 2007 chaos, said that if the issues that led to the PEV were not addressed before the next election, 2007 would be a honeymoon in comparison to what would happen during the next election.

While his words have not come to pass, yet, Kenya has gone back to the same path that it was on prior to the explosive 2007 election and the consequent violence. The key players, interestingly, are the same. It is a case of the same monkeys and different forests. In Kenya’s case, though, neither needs to change. The monkeys and the forests remain the same and they are comfortable that way.

Also read: Magic Behind Moi’s Rungu, the Rose Flower and Other Mysteries

Going by what is happening during the BBI meetings, it is evident that Uhuru’s legacy will be a fractured country, one that is worse off than he found it economically and politically.

While his predecessor was not a politician, he got the economy up and at least there as hope that Kenyans’ eyes were opening up to the reality that there is more than politics.

For Uhuru and Raila, it seems that theirs is a do or die exercise whose expected results must be achieved at all costs. This is at the expense of Kenyans who are having to endure hard times on all fronts including a fledgeling calm between communities. But now, ethnic tensions are being stoked left right and centre by those who feel that Kenya should be a certain way. Tribe first.

But not all are lost to the reality of what this discourse portends for Kenya.

Nakuru Governor Lee Kinyanjui has broken ranks, albeit on his online platforms, with the rest of those pushing the BBI agenda.

He says, “The ongoing BBI debate and the emerging issues of property and land rights must serve to remind us that our only saviour is the enactment of a strong constitutional foundation that cannot be manipulated by politicians.”

He adds that Kenya needs a constitutional order that respects the rights of citizens and protects their property against illegal intrusion irrespective of where they come from.

“That is what will keep us as a progressive nation where the right to own property is respected and recognized by law. For this reason, we must all take a very keen interest on the BBI and ensure that warmongers and any other issue that stands to divide us do not carry the day.”

He asks that the voice of the silent majority and all well-meaning Kenyans must not allow the debate to be hijacked by self-seekers.

Following the BBI meeting in Narok where politicians were calling for a reset and going back to ‘localisation’, Kinyanjui issued a statement condemning the utterances by those who were attending.

Despite driving a wedge between the various Kenyan communities, Raila who was attending the rally did not correct or dismiss the utterances. He seemingly is at home with such kind of hateful politics. And so is his brother Uhuru who has not dissuaded the negative discourse. It seems that Kenyans are on their own except when the politicians need them for votes.

Kinyanjui’s statement read, “Utterances attributed to a section of leaders during the Narok BBI meeting in relation to non-indigenous landowners and reclaiming land across three counties is retrogressive and ill-informed. The right to ownership of property is guaranteed by the Constitution and not a gift from politicians. The days of ethnic mobilization through incitement are long gone.”

He said that the sentiments were most unfortunate coming at a time when the nation is seeking to heal the wounds of intolerance and political incitement.

Also: The Rise and Possible Fall of Nairobi Women’s Hospital

“We are also concerned about leaders who are seeking to hijack the BBI to pursue selfish political agenda that may cause ethnic disharmony. This has led to deliberate distortions to the BBI concept of national inclusion and harmony.”

As a politician, he seems to be a voice of reason in a sea of loudmouths who seem to care for nothing but their own selfish ambitions.

For Kenyans, it shows that the country is still a long way from what could be said of a mature democracy where values drive communities together for a certain goal.

As we trot towards 2022, Kenya’s perpetual politicking means that realising any meaningful development is impossible.

Unless the country resets, we’re in for a long and bumpy ride. I hope that this is not the time that Kriegler’s words will come true. 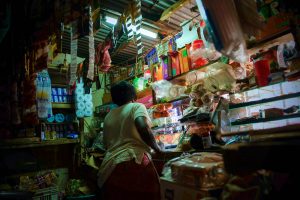 Report: These are the Biggest SME Financiers in Kenya
Government's half hearted payment of pending bills cited as a…