The Kenyan Passport. The government has afforded Kenyans one more year to acquire the new passport.

The government has extended the deadline to acquire the new digital passport to March 2021, Interior Cabinet Secretary Fred Matiang’i has announced.

CS Matiang’i explained that the extension has been informed by the need to offer a lifeline to Kenyans in the diaspora who are yet to swap their old generation passports with the new East African Community biometric passport.

“The government hereby extends the deadline for voiding the current dark blue machine-readable passport by 12 months. As such, its holders may continue using it until March 1, 2021 when it will no longer be valid for travelling,” CS Matiangi said on Monday.

Come March 1, 2021, travellers without the digital passports will be grounded at airports unable to travel to any country in the world.

The government began the process of phasing out the old generation passports in 2017 as part of the country’s commitment to the International Civil Aviation Organisation (ICAO) standards.

The new passports were also mooted to end rampant forgery and impersonation of the owners.

To ease congestion at Nyayo House in Nairobi, the traditional application and collection centre for passports, the government has in the recent months been setting up alternative centres in Nakuru, Kisii, Eldoret and Embu. 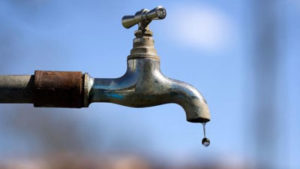