Kenyan Atheists have rejected census data from the Kenya Bureau of Statistics (KNBS) showing that there are 755,750 Kenyans who do not believe in the existence of a supreme being.

According to the Atheists in Kenya Society (AIK), the number is more than double the figure produced by KNBS. AIK now claims that KNBS deliberately failed to count atheists and the actual number of non-religious Kenyans is 1.5 million.

“We find these statistics to be grossly inaccurate and not fit for purpose. We contend that we have well over 1.5 Million atheists in Kenya, and the number is growing steadily,” AIK president Harrison Mumia said in a statement.

According to the 2009 population census report released by the same institution, the number of Kenyans who said that they were not affiliated with any religion was said to be 922,128.

“We find it odd that the 2019 census report indicates that the number of atheists has declined by almost 200,000 in a span of 10 years, yet the population of Kenyans has increased by 10 million over the same period,” he added.

The Society claims to have done an independent survey of its members and found out that some KNBS employees deliberately skipped asking whether one is an atheist during the 2019 census.

According to the detailed report on the Kenyan population based on their religious beliefs, 755,750 Kenyans do not believe in any religion. That is about 1.6 per cent of the total Kenyan population.

Kilifi County leads in the number of nonbelievers with 146,669, more than double the number of atheists in Nakuru which stands at 67,640.

Christianity and Islam are the most dominant religions in Kenya but atheism has been slowly growing in the country.

Christianity and Islam are the predominant religions in Kenya, atheism has been attracting quite a following in the past few years. The society has had a few eddies since its inception in the country but it still grows steadily.

However, the number of Atheists in Kenya is still very low compared to Christians and Muslims according to the KNBS report. The final census report shows there are 15,777,473 Protestants in Kenya, the majority religious group.

Atheists in Kenya now wants a review of the census data by KNBS. 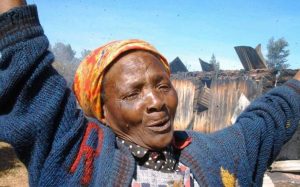 Burning Bridges Initiative: Uhuru, Raila Handshake Threatening Kenya’s Existence
Going by what is happening during the BBI meetings, it…