Alex Olaba Mahaga (left) and Frank Wanyama at a Nairobi Court in 2018. They have been jailed for 15 years after being found guilty of gang-raping a musician. [Photo/ODPP]

Rugby players Alex Olaba and Frank Wanyama have each been sentenced to 15 years in jail after they pleaded guilty to gang raping a musician.

The two had been charged with the offence in April last year after they were accused of raping the female musician at one of one of their residences at Seefar Apartments in Nairobi’s Highrise.

Milimani Chief Magistrate Martha Mutuku had been urged to consider the two were only aged 23 and 22 years while the complainant is 24.

“The complainant was traumatised hence a deterrent sentence is necessary,” she ruled.

“As young as they are come from humble backgrounds and it is through their career that they have been able to support their kin,” their lawyer Jimmy Simiyu argued adding: “they had not planned to meet the victim on the material day.”

According to Simiyu, the players and the victim were all drunk, he said, adding the woman opted to spend the night at the apartments after getting drunk.

The artiste said one player lured her to his house after they left the party. According to her, the two took raped her in turns, as she fell in and out of consciousness.In a series of posts on social media, she narrated how she had been raped on her birthday.

The musician claimed she became pregnant from the ordeal, adding she went to Nairobi South Hospital for a medical test.

In their statements, Wanyama and Olaba had alleged that they knew the accuser and that they were together on the day she claimed she was sexually assaulted during her birthday on February 10, 2019.

The former players had further claimed that the sexual act was consensual.

In a statement, Kenya Harlequins said it does not condone any form of sexual violence and condemns rape and violence against women in the strongest terms possible.

“The club is aware that both players will be pursuing an appeal in the determination to clear their names. We trust that they will be accorded a fair hearing. Kenya Harlequins will remain a family and community club where all are welcome,” it added.

The club said it had restrained itself from commenting on the issue until judgement was delivered.

“Our role is to provide help and guidance to our members whether dealing with success or the utmost difficulties. The legal system of this country provides for both the punishment and success of every person who has been found guilty of a crime,” it further noted.

Chinese Continue Arriving in Kenya as Coronavirus Spreads Beyond China 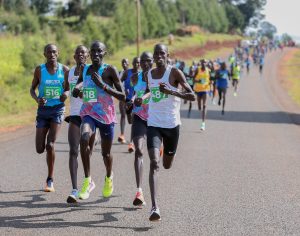 Safaricom Ups Iten Road Race Sponsorship to Sh1.3m
Elgeyo Marakwet has long been known as the home of…