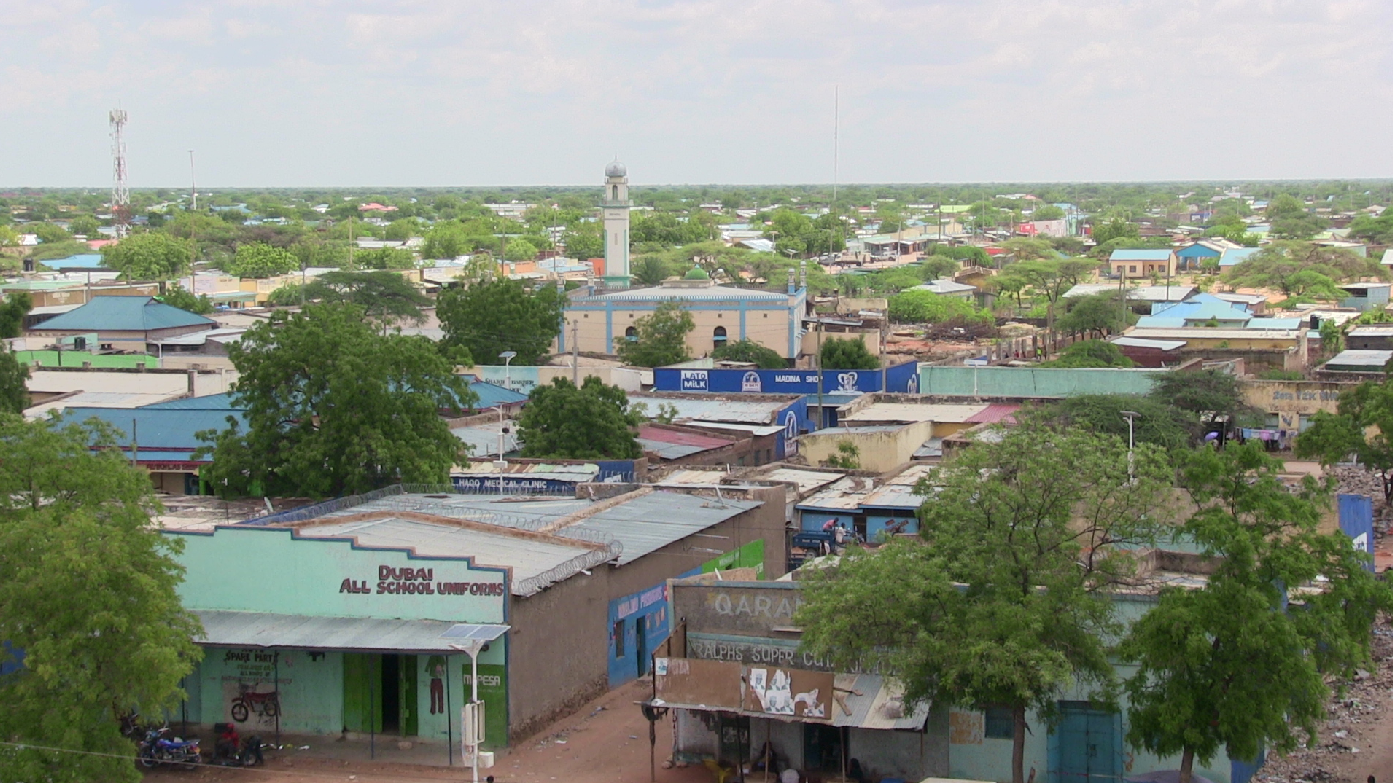 The border counties have mainly been considered as a conduit for contraband goods from neighboring countries of Somalia and Ethiopia. [ Photo / Kulan Post ]

On a hot afternoon, a drive through Wajir town CBD is not appealing especially when the cruel tropical sun bakes everything in its way.  The newly laid tarmac road has eased movement within the CBD.

A number of stalls have sprung up by the roadside. A young man stands next to his movable stall. I am tempted to stop by to learn one or two about how these traders do business. I rummage through the products on display, an array of assorted items from designer perfumes to beauty products, electrical equipment all neatly laid out to attract the attention of passers-by like myself.

Many of the items had labels ‘Made in China’, Made in Dubai’, Product of Egypt’ etc.  I engaged the trader on a raft of issues from source of their products to the volume of trade and what affects their activities.

He looked hesitant at first, gawking around his colleagues casting furious glances at him. It dawned on me later that the traders dread the KRA or the county askaris patrolling the streets.  I assured him that I meant no harm and this instilled confidence in him.

Our discussion mainly centered on ease of doing business with Somalia and how it can be enhanced.  Many of the assorted products are from outside the county.  The discussion brought to the fore a number of issues on cross border trade.

Trade between Kenya and Somalia from recent times has been mainly one-sided. The Kenyan government mainly engages with Somalia mainly on border security issues. Kenya shares more than 800km-long border with war-torn Somalia – stretching from Kiunga in Lamu to Mandera.

The only formal trade engagement between the two neighbours is mainly on the export of the narcotic stimulant leafy plant locally known as ‘Khat or Miraa’.

SEE ALSO >> Getting a Tax Compliance Certificate Just Got Easier

On a normal day an estimated 30 flights ferrying miraa to Somalia depart the Jomo Kenyatta International Airport (JKIA). The volume of miraa to Somalia has markedly increased since the UK and other western markets classified miraa as a drug and banned imports. The surplus has been diverted to Somalia which offers ready market.

Although there are limited statistics, there are no reciprocated trade imports from Somalia to Kenya. This is evidenced by the fact that cargo planes that deliver miraa to Somalia mainly return empty and have to be subjected to vicious security procedures at Wajir International Airport.

The border counties have mainly been considered as a conduit for contraband goods from neighboring countries of Somalia and Ethiopia. A number of reports have painted a situation of lawlessness that allows trade in contraband goods to thrive in these counties.

As noted by the trader I met in Wajir, their products are mainly from China, the Far East and the North African economies of Egypt and Tunisia. The volume of trade along the border is estimated to be $30 million (Ksh30 billion), mainly propelled by the absence of government investment in the region since independence.

Many of the households along the border depend on household goods imported through non-formal entry points. The border communities have always maintained strong kinship relationship with their relatives across the border even before independence.

Trading between these communities, especially in livestock and basic household necessities has always thrived even in the presence of heavy security machinery in the region.

So how should cross-border trade be formalized?

One of the major promises of the Jubilee government was to expand and enhance regional trade, especially with neighbouring countries. Even though the crafters of the manifesto had the EAC countries in mind, there is no reason cross border trade with Somalia cannot be enhanced and formalized.

The National Government should enhance the border custom offices in Garissa, Wajir and Mandera and improve systems in these offices. This will reduce the dependence on illegal border crossings generating the much-needed revenue inform of import duties and levies.

The government should lift the ban on imports from Somalia and encourage local traders to formally comply with trade regulations along the border. Although reliable data is hard to come by, available records show Somalia mainly imports food, fuel, construction materials, manufactured goods and Khat. Main import partners are: Djibouti, India, Kenya, Pakistan, China, Egypt, Oman, United Arab Emirates and Yemen. A number of these products find their way into the local markets.

SEE ALSO >> How to Get the Digital Generation into Farms

The county governments in the regions have made considerable gains in enhancing infrastructures in the region and are out to entice investors into the region. The National government should engage the local county administration and device ways to streamline border customs department to enhance revenue generation.

The departments of revenue at the county level have much more efficient revenue systems cascaded even to the sub-counties. This will come in handy once a formal collaboration between the two levels of government is established. A formula to commit part of the revenue generated to the local county coffers will enhance revenue generation and encourage compliance to the trade regulations.

Kenya has been struggling to reduce imports of sugar so as to prop up the local sugar sector reeling under the effect of much cheaper sugar imports from COMESA member states. By formalizing trade channels with Somalia through engagement with local actors and multi-agency collaboration, the nature and volume of imports into the country can be heavily regulated.

Kenya, which has been struggling to support the local industry, would gain more by formalizing trade channels with Somalia while the latter would be a bigger beneficiary if the cargo planes delivering Khat could take back fish and other commodities and earn the rebuilding nation some revenues.

The volatile security situation in Somalia has been on international screens for some time now. The country has had no functionally effective central government since the fall of the Said Barre regime. This has made the regional neighbours to consider Somalia as a pariah and failed state and often handle its issues with strong gloves.

Even though a number of milestones have been achieved on the security front, trade relations are not well developed. The AU bolstered peacekeeping forces have covered considerable grounds and a shaky peace has been restored.

Kenya should formalize trade with Somalia and establish necessary border institutions such as the revenue authority, immigration, security installations to enhance trade and improve on the security situation along the border.

Mohamed Abdullahi is a public policy economist, a researcher, a certified secretary and a governance consultant. He is a member of the Institute of Economic Affairs (IEA) and the Institute of Certified Secretaries (ICS). He comments regional economic and governance issues.

The increased costs are sure to affect numerous individuals and households in Kenya.

The bus was developed in line with specifications from the Nairobi Metropolitan Transport Authority (NAMATA).

The record number of new business registrations can partly be explained by the shocks of the Covid-19 pandemic.