Decisions made by executives of Nakumatt and Uchumi supermarkets resulted in the loss of billions of Kenya shillings for investors and left thousands of employees without jobs. [ Photo / Kenyan wallstreet ]

This article helps understand how to make strategic decisions alone or in a group, specifically for successful organizations, while avoiding common decision-making pitfalls. It is important to remember that decisions have consequences.

Individuals throughout organizations use the information they gather to make a wide range of decisions. These decisions may affect the lives of others and change the course of an organization. For example, the decisions made by executives for Kenyan firms Nakumatt and Uchumi supermarkets ultimately resulted in the loss of billions of shillings for investors and left thousands of employees without jobs.

All parties involved in such outcomes made a decision, and everyone is now living with the consequences of those decisions.

Decision-making refers to making choices among alternative courses of action — which may also include inaction. While it can be argued that management is decision-making, half of the decisions made by managers within organizations ultimately fail.

Despite the far-reaching nature of the decisions in the cases of Nakumatt and Uchumi supermarkets, not all decisions have major consequences or even require a lot of thought. For example, before you go to class or work you make simple and habitual decisions such as what to wear, what to eat, and which route to take as you go to and from home and school. You probably do not spend much time on these mundane decisions.

Decisions can be classified into three categories based on the level at which they occur. Strategic decisions set the course of an organization. Tactical decisions are decisions about how things will get done. Finally, operational decisions refer to decisions that employees make each day to make the organization run.

Finally, the servers at the restaurant are making individual decisions each day by evaluating whether each customer complaint received is legitimate and warrants a free dessert.

Let’s imagine that your old car has broken down, and you have enough money saved for a substantial down payment on a new car. It will be the first major purchase of your life, and you want to make the right choice. The first step, therefore, has already been completed — we know that you want to buy a new car. Next, in step 2, you’ll need to decide which factors are important to you. How many passengers do you want to accommodate? How important is fuel economy to you? Is safety a major concern?

You only have a certain amount of money saved, and you don’t want to take on too much debt, so price range is an important factor as well. If you know you want to have room for at least five adults, get at least 20km per litre, drive a car with a strong safety rating, not spend more than Ksh2 million on the purchase, and like how it looks, you have identified the decision criteria.

All the potential options for purchasing your car will be evaluated against these criteria. Before we can move too much further, you need to decide how important each factor is to your decision in step 3. If each is equally important, then there is no need to weigh them, but if you know that price and fuel are key factors, you might weigh them heavily and keep the other criteria with medium importance.

Step 4 requires you to generate all alternatives about your options. Then, in step 5, you need to use this information to evaluate each alternative against the criteria you have established. You choose the best alternative (step 6), and then you would go out and buy your new car (step 7).

Of course, the outcome of this decision will influence the next decision made. That is where step 8 comes in. For example, if you purchase a car and have nothing but problems with it, you will be less likely to consider the same make and model when purchasing a car the next time.

The rational decision-making model has important lessons for decision-makers. When making a decision, you may want to make sure that you establish your decision criteria before you search for alternatives. This would prevent you from liking one option too much and setting your criteria accordingly.

Despite all its benefits, you may have noticed that this decision-making model involves a number of unrealistic assumptions as well. It assumes that people completely understand the decision to be made, that they know all their available choices, that they have no perceptual biases, and that they want to make optimal decisions.

Think about how you make important decisions in your life. It is likely that you rarely sit down and complete all 8 of the steps in the rational decision-making model.

According to this model, individuals knowingly limit their options to a manageable set and choose the first acceptable alternative without conducting an exhaustive search for alternatives. An important part of the bounded rationality approach is the tendency to satisfice (a term coined by Herbert Simon from satisfy and suffice), which refers to accepting the first alternative that meets your minimum criteria.

The intuitive decision-making model has emerged as an alternative to other decision-making processes. This model refers to arriving at decisions without conscious reasoning. Managers make decisions under challenging circumstances, including time pressures, constraints, and a great deal of uncertainty, changing conditions, and highly visible and high-stakes outcomes.

Life-or-death decisions made by fire chiefs, pilots, and nurses show that experts do not choose among a list of well thought out alternatives. They don’t decide between two or three options and choose the best one. Instead, they consider only one option at a time.

Thanks to training, experience, and knowledge; these decision-makers have an idea of how well a given solution may work. Novices are not able to make effective decisions this way, because they do not have enough prior experience to draw upon.

Creative decision making is a vital part of being an effective decision-maker. Creativity is the generation of new, imaginative ideas. With the flattening of organizations and intense competition among companies, individuals and organizations are driven to be creative in decisions ranging from cutting costs to generating new ways of doing business.

It should be noted that, while creativity is the first step in the innovation process, creativity and innovation are not the same thing. Innovation begins with creative ideas, but it also involves realistic planning and follow-through.

As a group works at a task, or at group maintenance functions, decisions must be made. The quality of group decision-making and the extent to which a decision is accepted and implemented by group members is greatly affected by the decision making process.

There are six key types of group decisions.

Unilateral/Authoritarian: One person makes the decision and imposes it upon the group. Often, there is very little input from group members, and acceptance/commitment is low.

Handclasp: Two group members make a decision and impose it upon the group. This pattern sometimes looks participatory, but it still involves little input from the other members who will have a low level of commitment to the decision.

Minority: Several members make a decision and impose it upon the majority, who have been disenfranchised. In the hands of skilled practitioners, the group appears to be engaging in participatory decision making, but it is only a handclasp among a few members. Decision quality suffers because of lack of input from the majority and commitment to the decision is low among those outside the minority.

Majority: This is the popular “democratic” default option. When a group is unable to resolve a conflict, there is almost always a suggestion to “take a vote, majority wins”. The majority rule has the illusion of fairness, but it cuts off discussion, thereby reducing decision quality.

Unanimity: This solves the problem of commitment but is very cumbersome because many people now have veto. The UN is a classic example.

Consensus: It can be defined as an agreed-upon decision by all group members that reflect full exploration of a decision issue and does not compromise any strong convictions or needs. Consensus is difficult to achieve but results in the best decision quality and the highest level of commitment to the group decision. A consensus decision often becomes a new policy.

Consensus was the last item discussed, which is very important to the group procedures of decision making. It can be defined as an agreed-upon decision by all group members that reflect full exploration of a decision issue and does not compromise any strong conviction.

NEXT READ >> The Rise and Near Fall of Nairobi Hospital 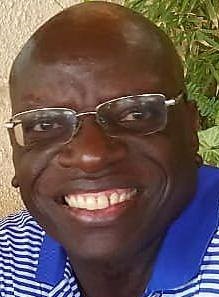 Dr Elijah Achoch is a Human Resource Management and Development Specialist and an adjunct lecturer in Kenya’s top universities Business Schools. He holds a PhD degree in HRM from Jomo Kenyatta University of Agriculture and Technology. Email: [email protected]

Dr Elijah Achoch is a Human Resource Management and Development Specialist and an adjunct lecturer in Kenya's top universities Business Schools. He holds a PhD degree in HRM from Jomo Kenyatta University of Agriculture and Technology. Email: [email protected] 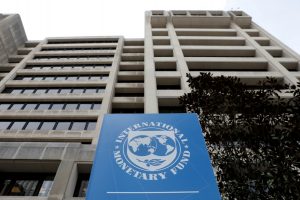