Kenneth Okoth displays the Ksh 10,000,000 jackpot dummy cheque after it was presented to him by Mozzart Bet marketing manager Frank Ochieng

Kenneth Okoth, a 55 year old tour operator is Ksh10 million richer after he correctly predicted the outcome of 13 soccer matches to take home the first ever Mozzart Bet windfall presented to him by the company’s marketing manager Frank Ochieng in Westlands on Thursday.

The father of three placed the bet using Ksh50 which has propelled him into the millionaires club.

An elated Okoth, who hails from Ugenya, Siaya County said he is going to share the windfall with his three children and also boost his wife’s business.

“I have their (kids) bank accounts here with me. Immediately the money hits my bank account, I am going to transfer the money to their accounts.” said Okoth after the cheque was presented to him.

The eldest child studies at Pwani University while the second born sat the Kenya Certificate of Secondary Education (KCSE) last year and is waiting to join university. The youngest child is currently in class 7.

Okoth, a staunch christian who runs a tour firm in Hurlingham, Nairobi also revealed that he plans to donate some of the money to his church, Catholic Kawangware.

He then plans to use the remaining amount to purchase a plot in Busia and expand his tour operations business.

It was the first time Okoth claimed the holy grail despite placing a bet daily since the start of the year without much success.

He then placed the lucky bet on Tuesday, January 22 and waited for over 24 hours before all the 13 matches were played.

The penultimate match was in Ligue 1 France between Nimes and Angers which he correctly predicted would be won by Nimes.

He also won Ksh500 on the same day by correctly predicting the result of 9 matches. 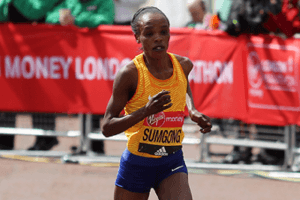