Crown Paints has issued a profit warning, stating that based on the preliminary assessment on the unaudited consolidated accounts, the 2018 full year earnings of the Group are expected to decrease by more than 25% compared with the year ended 31 December 2017.

According to paints manufacturer’s Board, the Group has been adversely affected by difficult market conditions in all the subsidiaries in Tanzania, Uganda and Rwanda and especially Tanzania.

“The Group is on track in executing its turnaround strategy and strengthening its balance sheet. As such, the Board is optimistic that the business of the Group will improve in 2019,”  Conrad Nyakuri, Company Secretary, said in a statutory filing.

At the time, the Uganda, Tanzania and Rwanda subsidiaries incurred a loss of Ksh 1.8 million and Ksh 77 million respectively, during the year ended December 31, 2017.

This was attributed to a change in government policy in Tanzania, while in Uganda, it was an improvement from 2016 results.Crown Paints Rwanda Limited posted a loss of Ksh 32 million.

READ: TIPS ON HOW TO REMOLD YOUR PERSONAL SPENDING 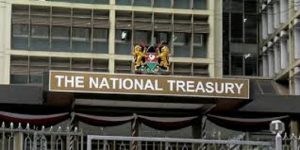