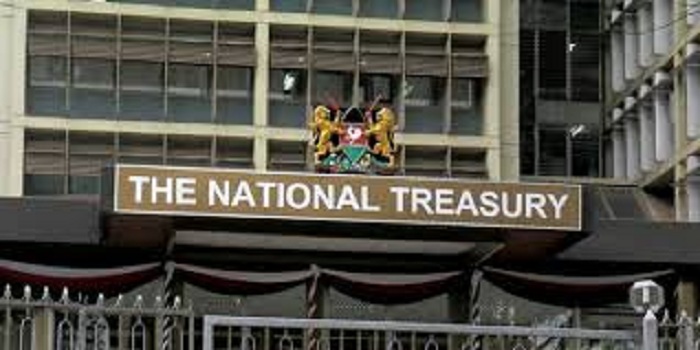 The government has retained Trade and Development Bank (TDB) and Standard Bank Group Ltd to arrange syndicated loans of Ksh 102 billion ($1 billion) by April this year.

“We have that mandate alongside Standard Bank,” Admassu Tadesse, the president and chief executive of TDB, a regional bank formerly known as PTA Bank, told Bloomberg on Thursday by phone. He did not provide further details on how then will seek to proceed with the venture.

Quoting a person knowlegeable with the matter, Bloomberg reports there will be three tranches — a $250 million 10-year debt and two seven-year loans of $410 million and 300 million euros ($340 million),. The proceeds will be used to refinance loans, and fund some projects in the national budget, the person said, asking not to be identified because they are not authorized to comment on the matter.

The transaction features an accordion option to raise an additional $250 million that will be used to help finance projects under the 2018-19 budget, the person told Bloomberg.

On Wednesday, Reuters reported that the government is talking to banks separately to arrange a Ksh 250 billion ($2.5 billion) Eurobond-offering, probably during the first quarter. Treasury later confirmed the same.

Last month, National Treasury Principal Secretary Kamau Thugge had told the news agency that the government was in talks with lenders to roll over a Ksh 76.6 billion ($760 million) syndicated loan this fiscal year and lengthen its maturity in order to make debt repayments more manageable.

The loan, which was initially for two years, was also arranged by TDB bank.

The new borrowing comes amid concern over Kenya’s borrowing appetite, which has raised alarm both locally and in the World Bank and International Monetary Fund.

However, President Uhuru Kenyatta insists he would continue borrowing to enhance development through initiatives such as infrastructure development but not for consumption or personal gain.