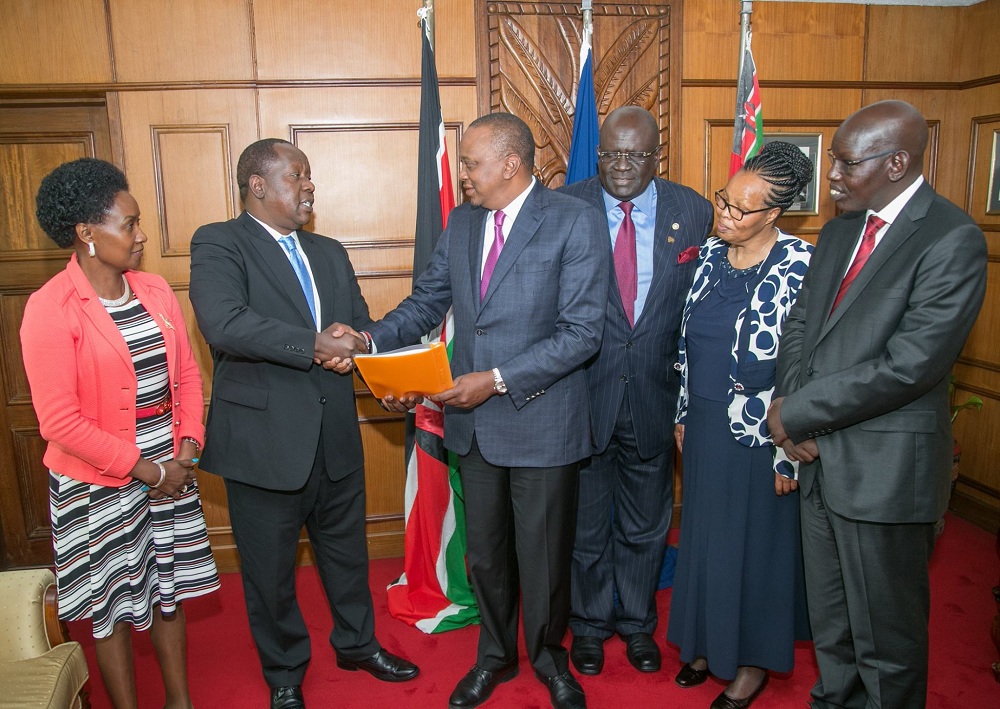 Education Cabinet Secretary Dr Fred Matiang’i noted that the pupil would not have made it among the 20 highest scorers in 2017, emphasising on the improvement witnessed in this year’s examination.

The Cabinet Secretary also said that all candidates from both public and private institutions who scored above 400 marks will be placed in national schools. 2,360 candidates scored less than 100 marks. The number has reduced by more than 4,000 compared to 2016. Form one selection will begin on December 4 and placement process will be completed by December 12.

The examinations kicked off to a smooth start on Tuesday, October 31, with minor hitches reported across the country. Matiang’i said examination papers were safely distributed across all centres.

All candidates who sat the exam in 2017 will receive their results as there was no case of malpractice recorded.  Matiang’i applauded the primary school teachers and school heads on their efforts to ensure that there were no irregularities on their end.

The KCPE candidates can access their results through SMS and online platforms by sending their index number to 22252 or on the KNEC website.

Kenya National Examination Council (KNEC) said the fast release of the results was because of automated Optical Mark Recognition machines that fast-tracked the marking process.

KNEC chairman George Magoha said the examination council bought 20 machines at a cost of Ksh 100 million to speed up the marking of scripts. According to Prof Magoha, acquisition of the automated Optical Mark Recognition machines, reduced the work force by up to 50%.

“Through the aid of the Government, the council has purchased 20 machines which are going to ease the work of marking with great efficiency and we anticipate that the compilation of results will be concluded earlier than any other time before,” Magoha said.

Last year, the KCPE results were released on December 1.