According to a news and entertainment blogger, who goes by the pseudo name Muthui Mkenya, over 25 employees are targeted in the down-sizing exercise.

“Barely a year after Kenya Red Cross launched Switch TV; the ship seems to be sinking. there is a looming retrenchment targeting over 25 employees of the TV station,” @MuthuiMkenya tweeted on Wednesday.

Business Today has independently established that the media house has been facing financial challenges since the beginning of this year, which has seen it struggle to pay staff salaries.

“Previously, staff salaries used to be paid by 24th of the month but the delays kicked in in January. In May, they were paid on 2nd and in June the delay extended to the second week. We hear the retrenchment could happen as early as tomorrow,” one source revealed.

“It is only the star studded presenters who had complained over delayed salaries that were paid early. There are lots of regrets from staff especially the 70% that left KTN. Things seem thick. Movies are being repeated and seems there is no cash to buy more content,” he added.

A management source, however, said the problem they are dealing with is over-staffing having recruited more employees that they needed when they launched.

“What we are doing is harmonisation. We have a bloated staff and this is posing the financial problems we are facing. So we have to reduce to required levels,” he told Business Today.

Ahead of its launch last year, the station, which said it was targeting the youth (18-35 years) with an aim to empower with positive entertainment, tapped several media personalities to anchor its programmes.

Msalame never took up the job and has since joined NTV where she hosts the UnscriptedWithGrace show while Majala also left the station. The latest to leave is former K24 anchor Leah Ngari.

However, it seems not to have captured the youth niche, which coupled with alleged mismanagement and slow ad revenue growth appear to have left it in dire straits.

At one time, outgoing Redcross Secretary General Abbas Gullet is said to have given the advertising team a monthly target of Ksh50 million to ensure it becomes steady. They appear not to have pulled up their socks. 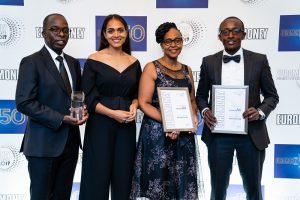