StarTimes subscribers are set to enjoy a new fascinating telenovela series – The Blood Sisters – which premiered on Sunday 18th August on Novela E Plus channel from 09:40 pm.

A single episode will subsequently run at the same time every day. This is a progressive effort by the broadcaster to sustain the momentum built by the recently concluded hit novella Asintado, which enjoyed extraordinary popularity among subscribers. The Blood Sisters will be airing exclusively on the StarTimes platform and for the first time in Kenya.

Led by the famous Philippine actress Erich Gonzales, the series will see her represent three sisters named Agatha, Erika, and Carrie. Triplets who were raised by a surrogate mother and got separated after an agreement their parents made fell through.

The Blood Sisters follows the different lives of the triplets: Carrie was brought up in a wealthy family and is now a doctor with a flourishing career, Agatha is a rebellious and spoilt girl, while Erika is an exotic dancer using her beauty to lure men for money to save her son from a chronic illness. When Erika witnesses a murder, she becomes the main target of a group of criminals that finally leads her to reunite with her siblings.

Characters in The Blood Sisters play an active role in almost every scene. To witness how the triplets separate, reunite under the most complicated circumstances, to understand all scars and hatred behind their splendid appearance, to find out more mysterious relationship between different characters, subscribers can tune to Novela E plus channel 057 on Classic bouquet (terrestrial platform) and channel 128 on Super bouquet (satellite platform).

These latest developments follow closely to the recent terrestrial bouquet realignment which resulted in the pay television platform effecting a 50% price drop for its superior Classic bouquet which is now retailing at only Ksh749 with the other two bouquets being Basic and Nyota retailing at Ksh599 and Ksh259 respectively.

The broadcaster’s satellite television platform has the monthly subscription option of Super, Smart or Nova bouquet retailing at Ksh1,499, Ksh899 or Ksh449 respectively.

Kenyans can watch The Blood Sisters on StarTimes ON mobile application. You can download StarTimes ON here: https://pjq57.app.goo.gl/2 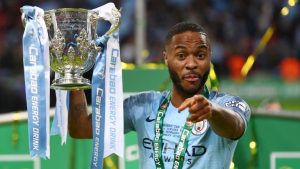