The going is getting tougher for Standard Group again, forcing Kenya’s second-largest media company to issue another profit warning, blaming rather obvious causes.

This is the third time the company is issuing a profit warning – cautioning investors that profitability will fall significantly – in five years. The last profit warning was issued in 2017.

Profit warnings are issued by companies in compliance with Regulation G.05 (1) (f) and (2) of the Fifth Schedule of the Capital Markets (Securities) (Public Offers and Disclosures) Regulations 2002 that requites listed firms to disclose in advance a fall of at least 25% in profitability.

“Newsprint was a major contributor to increased costs in the year,” Mr Orlando Lyomu, Standard Group CEO, said in the profit warning set to be published in the 1st December edition of The Standard and seen by Business Today.

The company’s management is understood to have presented a proposal to the board to cut the number of employees by about 200.

Mr Lyomu said key existing clients spent less in this period including small and medium enterprises (SMEs) due to slow economic activity and lack of access to credit from the financial sector.

Mr Lyomu said Standard Group invested in several new which in the immediate period has increased its costs, “but we expect revenues to be realized in subsequent years.”

The company has also been hit by the exit of betting companies SportPesa and Betin from the Kenyan market due to a fallout in tax regulations.

“There have been several changes in key regulations within the business environment which led to a number of investors exiting the Kenyan market,” says Mr Lyomu. “Key among them are the gaming and betting sector.”

He said also affected by regulatory changes are alcoholic and beverage companies, tobacco industry and the education sector which have slowed down on their spending.

“The Board is cautiously optimist that the Group is able to withstand the changes in the operating environment and is focusing on growing the newly launched media products, which should enable the Group to post a better return next year,” he said.

The company, which runs The Standard newspaper, KTN TV stations, Radio Maisha and a number of other media platforms recorded a decline of 85% in half-year net profit to KSh19.39 million from KSh126.04 million. In the period, the Standard reported a meagre 0.18% increase in revenue to Ksh2.4 billion from Ksh2.39 billion in the first half-year of 2018.

Total operating cost increased by a higher margin of 8% to Ksh 2.289 billion from Ksh 2.12 billion. This was attributed to investments that were made in new products during the year. Direct costs also increased due to an increase in international newsprint prices.

Privately owned Radio Africa Group is planning to lay off employees mid-December due to falling revenues from advertising and increasing operational costs. 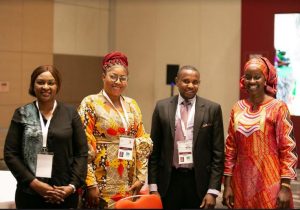