Ahmed was part of the team led by award winning journalist Anas Aremeyaw Anas whose revelation led to the resignation of Ghana Football Association’s head and banning of a huge number of football referees and officials.

A police spokesperson told AFP the journalist was shot in the neck and the chest by unknown gunmen on his way home on Wednesday night. Ahmed had lodged a report with the police expressing fear for his life after his pictures were shown on national television.

Ghanaian journalists have condemned the killing asking the police to conduct thorough investigations and see to it that the perpetrators get punished.

Ghana’s national media regulator has through their chairman, Yaw Boadu Ayeboafo, asked the police to do investigations. “It will be in the national interest to arrest the perpetrators of this crime,” the Commission’s chair said in a statement.

Award winning Anas tweeted to mourn the loss of his colleague and friend. “Sad news, but we shall not be silenced. Rest in peace, Ahmed.”

He posted a short video showing a Member of Parliament advocating for the use of violence on Suale and his colleagues after the football corruption exposé aired.

No links have however been drawn between the MP and Wednesday evening’s occurrence. 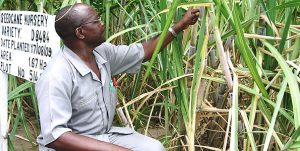