Sanlam is giving employees only eight days to apply to leave the firm, following an announcement that its board has approved the commencement of the voluntary early retirement (VER) scheme.

The VER is part of the listed firm’s organisational turnaround strategy and is seeking to cut costs which have grown 42% in the space of four years.

This means that employees of the Nairobi Securities Exchange (NSE) listed financial services firm need not wait until they attain the age of 60 so as to retire. However, those who want to gobble up the VER scheme have limited time in which to apply.

According to Sanlam, the VER will be open to permanent and pensionable staff members over the age of 50 years. Sanlam chief executive Dr. Patrick Tumbo said application for VER will close on October 4.

Employees who accept the offer are set to be released from the company at the end of October. Under the VER terms, the financial services firm, is offering a severance pay equivalent to one (1) month’s salary for every 3 years of service.

The firm will also offer to the successful applicants’ compensation for unused leave days and a 30% loan rebate on the balance of any outstanding in-house staff loans.

While costs have increased, normalised revenue has remained flat over the same period. “Alongside the VER, management actions on business turnaround expected to provide more than Ksh200million savings, include cost containment and aggressively growing revenue moving forward in the short and medium term,” Sanlam said in a statement.

The move to implement VER comes even as the Association of Kenya Insurers recently released a survey that claimed 70% of Kenyans are not prepared for retirement. Among the factors causing this are high cost of living, meagre income, low level of saving discipline, lack of financial literacy and lack of investment ideas.

The report added that even though there is limited civic education on retirement, many of those seeking information on retirement resort to the internet. Despite this, the AKI report also found that in the the 10 counties in which it conducted its survey, those in rural areas were better prepared for retirement unlike those that live in urban areas.

Sanlam Kenya, recently bounced back to profitability in its half year trading results,posting a Ksh639.7 million after-tax profit for the six-month period ending June 2019. During the same period of review in 2018, the NSE listed firm had recorded a Ksh1.5 billion after-tax loss. 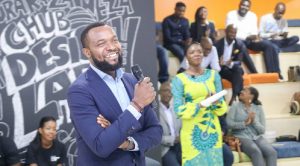