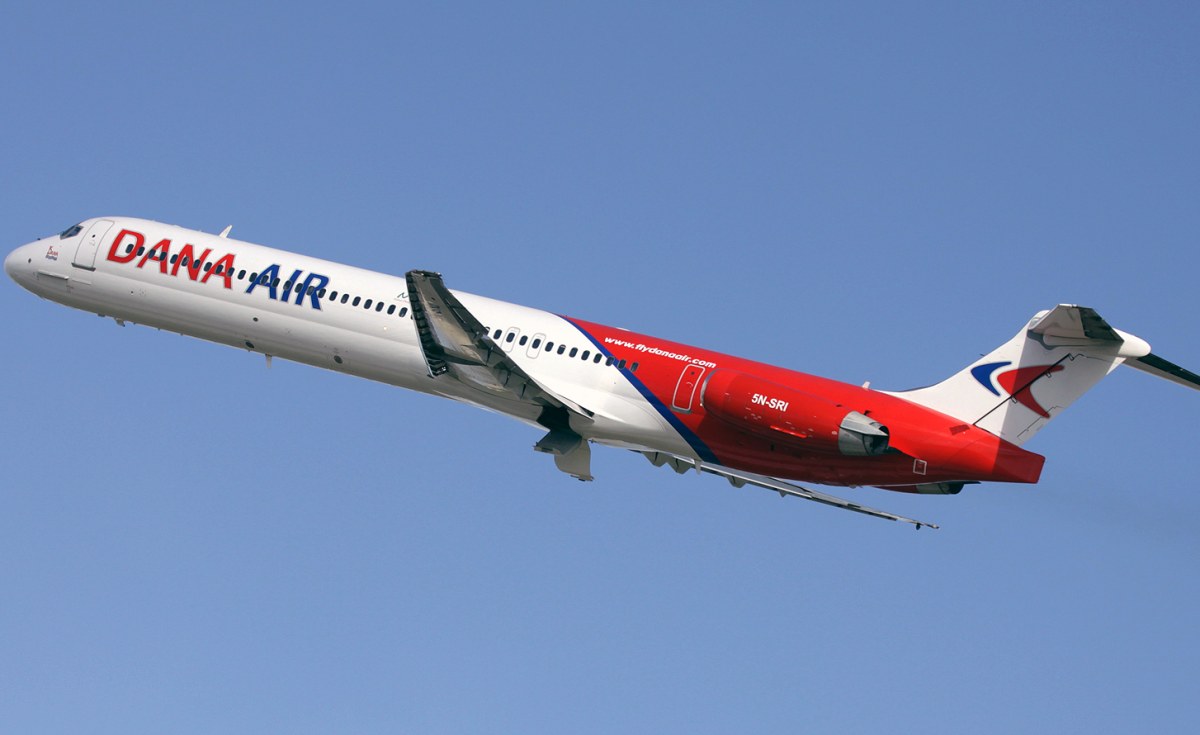 Nigerian airline Dana Air, that once c*****d in a busy Lagos suburb k*****g all 153 people on board six years ago has once again fall v****m of public scrutiny on passenger safety and comfort. This has come after one of its planes left a scared lot of passengers from Lagos to Abuja as one of the doors came out when landing.

When the plane landed and was headed to the packing point, the passengers heard terrific p**f-like sound as the e*******y door went off let in in a super charged breeze as the cabin crew ensured no one took pictures or recorded a video of the alarm.

A passenger,Ola Brown,said on Twitter: “Did you hear [the door] rattling the whole flight? Was so unsettling. I just thought it was a screw loose, Didn’t think it would actually just fall off.”

READ: Take up this Valentine’s Day challenge and get a unique prize

The airline has in a statement said the e*******y door was well fitted and the plane had been inspected by the authority engineers holding that only a tamper from either a passenger or the crew members would lead to the occurrence.

“The e*******y exit door of our aircraft is plug-type backed by pressure, which ordinarily cannot fall off without tampering or a conscious effort to open by a crew member or passenger,” the company said. “When an aircraft is airborne, it is fully pressurised and there was no way the seat or door could have been shaking as insinuated.”

The statement says both the engineers and the Nigeria Civil Aviation Authority had not reported any issue with the plane after doing their inspection. (BBC)