Two directors of a computer company were on Friday 11th October charged with 10 counts of tax evasion charges amounting to Ksh1.4 billion. The directors, who were arrested on 9th October 2019, appeared before Milimani Court Chief Magistrate Francis Andayi.

The offences were committed by the Olympus Computer Garage directors between 2014 and 2016. They denied all the charges and were each released on a bond of Ksh5 million and alternative bail of Ksh2 million. The court is set to hear the case on 6th November 2019.

KRA has noted that high valued goods are being brought into the country through Jomo Kenyatta International Airport (JKIA) by importers who under-declare their value hence paying less duty. The authority says it is keenly monitoring all imports through the JKIA and those found culpable will be prosecuted.

Meanwhile, two people were also charged with illegal importation of ethanol worth Ksh3 million before the same court. The suspects, Mr Edward Ngure Njuguna and Mr Duncan Mutuma Justus are accused of importing 42 drums of 250 litres and four jerrycans of 20 litres each of ethanol concealed and packed with maize and rice bran.

The importation of concealed goods is contrary to section 202 of the East African Community Customs Management Act, 2004 (EACCMA 2004).

Ngure and Mutuma Justus were also charged with conveying and being in possession of the unaccustomed goods within Kamandura area of Limuru Sub County in Kiambu County on 30th September 2019.

This is contrary to provisions of the EACCMA 2004. The suspects denied all the charges and were released on bond of Kshs. 1 million and alternative bail of Kshs 500,000. The case is also set to be heard on 6th November 2019.

In 2015 the Government introduced procedures to govern access; purchase and importation of ethanol to combat illicit production and consumption of spirit-based beverages. The procedures are based on provisions of Customs and Excise Act. The move took effect from 1st September 2015. 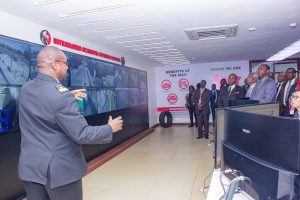