One of the leading, remaining betting companies Odibets has also been doing the same. The betting company recently announced that it will use a kit sponsorship initiative to promote safer gambling among Kenyans.

Speaking during the unveiling of their top winners, the company revealed that their kits initiative is still on as their search for partners continues.

Odibets country marketing manager Aggrey Sayi, mentioned that the company was ‘delighted’ with the success of the first phase of their 35,000 kits initiative. He added stating that the new phase will continue to build on what the company was already doing in various parts of the country.

He also acknowledged the role sports betting firms play when it comes to the gambling problem in the country.

“Gambling companies and the industry at large have a role to play in promoting healthy betting behavior among the youth.

“Odibets abides by the rules and regulations from the government through the BCLB around responsible gambling which you can see on all our adverts,” Mr Sayi stated.

After the crackdown on betting, the company dropped its shirt sponsorship deal with Mathare United as a result of the massive tax burden. The company’s country marketing manager stated that Odibets will reinvent sponsorship to benefit more local communities while citing initiatives the company has sponsored in areas like Vihiga, Rongai and the expansive Rift valley.

“Our strategy is to find partners in all corners of the country to have a more direct impact,” he concluded while reiterating that the company hasn’t completely written off premiership sponsorships in the future.

The government crackdown on betting firms saw a number of firms shut down in the country. The remaining firms are racing to take up the Industry that was majorly dominated by SportPesa and Betin Kenya. 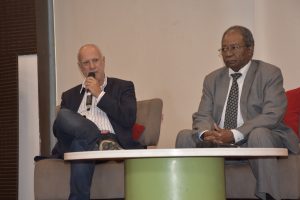