Kenya’s most profitable company, Safaricom, has unveiled a new strategy committing to be simple, transparent and honest.

After 19 years of operations, the company says that it is seeking to renew its commitment to its customers.

Just months after the demise of the company’s CEO Bob Collymore, the company says that the move is part of its efforts to simplify its products.

Collymore succumbed to cancer in the night of July 1 throwing the country into a frenzy over his death. He steered the company for a decade having taken over from Michael Joseph who is back at the company as the acting Safaricom CEO.

During his tenure, Collymore managed to make Safaricom’s presence and visibility more prominent with the Twaweza slogan being among the highlights of his career at the telco.

He also managed to involve the company in more social activities where under his tenure.

With the company which has faced the wrath of Kenyans over disappearing data bundles, the company has rebooted unveiling a new plan where data bundles and calling minutes will not expire. In the plan, there are new calling and SMS plans.

While unveiling the strategy, acting Safaricom CEO, Michael Joseph said, “We have come a long way together with our customers. As we celebrate our anniversary, it is a unique opportunity to re-evaluate our operations to ensure that we remain relevant to our customers into the future.”

He added, “Today, we are starting afresh and going forward we aim to be even more simple, transparent and honest in everything that we do.”

This brought in questions on whether the company has been operating in a dishonest manner for all the years.

The new plans allows customers to purchase both talk time and data bundles for any amount, starting as low as Ksh1. Before completing the transaction, the customers can see how much data MBs, minutes and SMS they will get.

The company has thrown in a rider where those purchasing the new call and SMS will get 50% extra talk time with every purchase in the permanent proposition. Customers can also view how much data they have used, get their PUK and much more on the new menu.

For improved service delivery, the company has also promised to serve its customers in under five minutes at its Safaricom shops across the country and at the Call Centre.

In addition, the company will reorganize its shops across the country to provide a more personalized experience to customers.

Starting November, new customers joining the network will get SIM cards for free at Safaricom shops and dealer outlets. The customers will also have the freedom to choose a number of their choice when they purchase a new line.

According to a statement from the company, data bundle sizes under the new plan have been increased by more than 45%.

Safaricom may have read the signs on the times heeding to an incessant call by customers to stop expiring data.

In a petition filed with the Communications and Multimedia Appeals Tribunal, lawyer Adrian Kamotho wants the telcos to stop expiring data purchased by consumers.

The companies, according to Kamotho, should also stop depriving consumers their unused data based on the data expiry model which he says is discriminatory.

In his filing, the litigator accuses the telcos of discriminating against consumers by charging “out of bundle” rates. This, according to the complainant, are different from normal bundle rates. 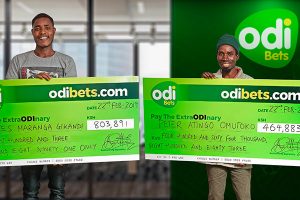