Leading telecommunications company Safaricom is celebrating its 19th birthday this week. Subscribers have already enjoyed ‘goods’ from the company, but according to Safaricom, the free airtime and data bundles were not the gift to subscribers but a result of a hitch.

In a message to all its subscribers as it celebrated its 19th birthday and took a new direction, the telco said that each of its customers could hear directly from the acting Chief Executive Officer (CEO), Mr Michael Joseph.

Safaricom customers are to call 133 to hear Michael Joseph talk.

However, the telco’s approach to this offer left a lot to be desired. After the hype, customers called the number hoping to have a one-on-one chat with the CEO.

On calling the number, however, they discovered there is no chance a chat with the CEO as all you get is a recorded audio clip of the Safaricom boss.

Even though Safaricom is a multi-billion company, the quality of the audio is also underwhelming.

“Thank you so much for being our customer and for your continued support. As we mark our 19th birthday this week, I’ll like to re-affirm our commitment to serve you better and to make Safaricom better,” Michael Joseph says in the audio.

[ Listen to the audi by clicking the link below ]

It is fair to say that the ‘Mteja’ audio by Maggie Wazome has way better audibility than the recorded speech by Safaricom CEO, which comes out in a raspy way. The mteja audio does not bring good news but Wazome’s voice makes up for it. This is not the case for Michael Joseph’s new audio.

In introducing the line to hear from the CEO, Safaricom was targetting to show customers that the company is simple, transparent and honest. Obviously, the company couldn’t create a line to have customers call Michael directly but the audio idea has not been received well by consumers.

However, Safaricom’s customers have paid little attention to the number the telco gave them to listen to the CEO. Quite a number of these consumers were swimming in millions worth of free airtime and data bundles that they got thanks to a technical glitch at the company.

It was the second time that Safaricom’s customers benefited from the company’s technical glitch. 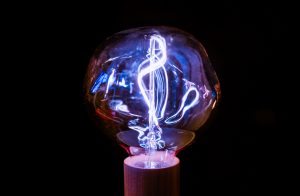