An employee makes notes in front of an electronic stock information screen inside the Nairobi Securities Exchange. On Monday, trading had ended at Ksh 569 million from a volume of 21 million shares. Credit: Riccardo Gangale/Bloomberg

Market turnover at the Nairobi Securities Exchange (NSE) opened the week beginning September 23 at Ksh474 million lower, posting Ksh172 million at closing bell. This represented a dip, with the Nairobi bourse having hit a high of Ksh1 billion last midweek.

The bourse, during the previous session, had registered Ksh646 million at volumes of 20.8 million shares. On Monday, the bourse’s tumble saw only 6.9 million shares transacted.

Overall tumbles however did not affect investor wealth at the NSE, as market capitalisation climbed marginally to Ksh2.187 trillion.

Low volumes were also experienced in the major transacting sectors, the telecommunication, banking and manufacturing.

The Banking Sector for example had shares worth Ksh65.6 million transacted which accounted for 38.04% of the day’s traded value. Safaricom, the sole listed firm in the Telecommunication Sector, had 1.1M shares valued at Ksh32.8 million. The giant telco’s transaction, at between Kes.27.40 and Kes.27.60, represented 19.03% of the day’s traded value.

In the Manufacturing and Allied sector, shares worth Ksh66.6 million were traded and accounted for 38.56% of the day’s traded value at the NSE.

The NSE Derivatives Market opened the week with one Safaricom contract worth Ksh27,000, expiring
on December 19. The single stock futures contract of Safaricom was concluded at a price of Ksh27.25 in Monday’s trading session.

At the Fixed Income Securities Market Segment (FISMS), the Bond market dipped to below the billion shilling mark and had bonds worth Ksh892 million transacted.

The Commercial & Services sector had shares worth Ksh2.4 million traded and accounted for 1.43% of the day’s traded value at the NSE. In this sector, Kenya Airways closed the day 7.93% lower to Ksh2.32 moving 860,000 shares valued at Ksh1.9 million.

On the day, Longhorn Publishers closed the day as the highest gainer, inching upwards by 6.65% to Ksh7.06. Other top movers on the day included Transcentury Limited, HF Group, Carbacid Investments and East Africa Cables.

At the other end of the spectrum, Kenya Airways flew lowest, ending the day 7.94% in the red as compared to the previous trading session. Eveready EA, Uchumi, Jubilee and Unga Group also finished the day among the losers at the NSE. 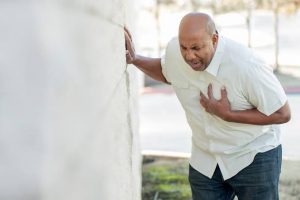