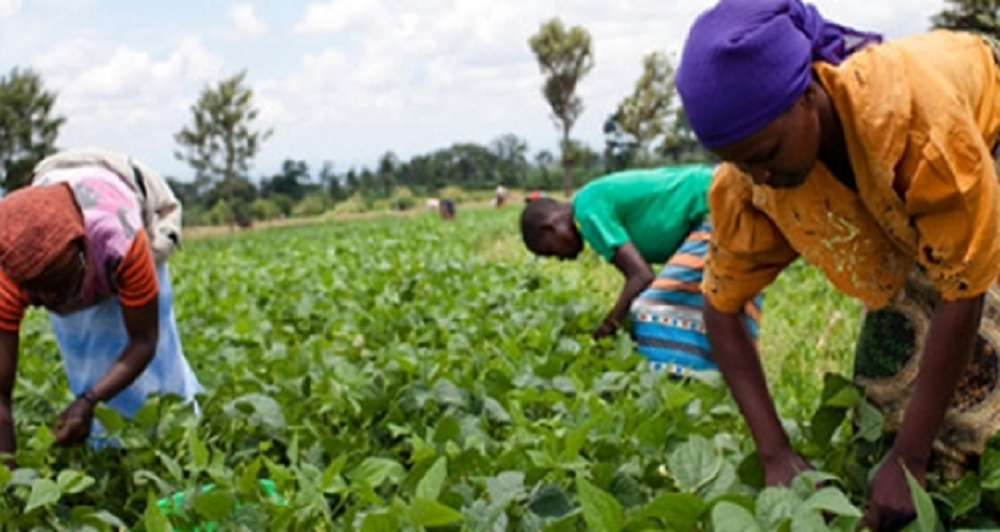 The European Union through the Technical Centre for Agriculture and Rural Cooperation (CTA) has launched a new project that targets to improve the fortunes of women in Agribusiness in Africa, Caribbean and Pacific region countries.

The project aptly called Value for Her (Value4Her) seeks to build the capacities of women in the entire agriculture value chain and make them competitive, efficient and productive.

The project, which was launched in Nairobi on Thursday July 5, 2018, is seeking to create opportunities for women on three key areas of access to finance and other productive resources, markets and knowledge and skills.

Importantly, it is designed to rope women into the world of technology, especially digital technology to afford them an opportunity to be competitive in their agribusiness and enterprise.

He lamented that only 2% of women own land in the country while those who jointly own with their husbands standing at 5%, adding hinders women-led agriculture due to lack of access to financing and land utilisation rights.

Lesiyampe said it is critical for African governments  to develop sound policies that will support the rise and growth of the women in agribusiness and enterprise.

When it succeeds, Value4Her will see more women owning and running agro-related businesses and enterprises and will haul most the womenfolk from the yokes of poverty. This project is likely to be a major game changer as far as women in agribusiness are
concerned.

Stefano Antonio-Dejak, the European Commission Head of Delegation reaffirmed the EU’s commitment to support the ACP concept and more so more women into agribusiness and enterprise.

CTA Director Michael Hailu noted: “With Value4Her CTA recognises women and youth potential and want to give it room togrow. We call on you today to join us in this mission to develop Africa’s agriculture through the lens of the people that bear it the most: the women.”

“Agriculture is the engine of growth in Africa. To grow their economies and create jobs, countries will have to transform agriculture to be modern, inclusive,productive and profitable,” he added.

“We are here today to affirm our commitment to women empowerment in the business of agriculture, an agenda that is so crucial and important for Africa as well across the developing world.”

Felician Muriuki, the Regional Chair, African Women in Agribusiness Network (AWAN) said: “Women are multipliers and given an opportunity they are incredibly inventive.  She insisted that with a clearly cut strategy like Value4Her, more women would thrive and boost the economies and lifestyles of societies.”

Value4Her will establish e-hubs to support women in agribusiness.

“One of the achievement of Value4Her will be the-hubs. CTA works a lot with CT entrepreneurs: there are opportunities, new jobs. We want to improve the use of technologies by women-led agribusiness,” said Sabdiyo Didothe, Senior Technical Advisor at CTA.

She further noted “When there is more income for the women, they spend more of it than men on food, health, clothing and education for their children. Value4Her emphasises on
women’s income!”