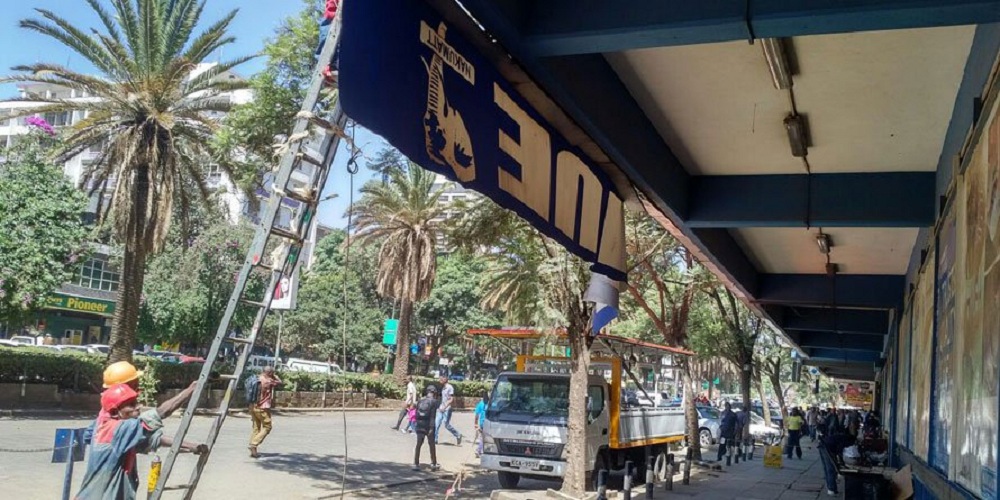 Naivas Supermarkets has taken over Nakumatt Moi Avenue Branch. The outlet, which is located at Development House, has been closed as workers from Dominion Signs commenced painting the branch as part of the process of rebranding it.

Naivas recently opened its 3rd 24-hour store at Bank House located at the junction of Moi Avenue and Kenyatta Avenue, bringing its total number of outlets to 43 to take advantage of the festive season. This year alone it has opened seven stores and last week, it took over another Nakumatt store in South C estate.

Nakumatt, on the other hand, has been reeling from financial c****s that has seen it evicted from prime locations including Garden City Mall and Junction Mall, where it was the anchor tenant with the space being taken over by French retail chain Carrefour.

The Moi Avenue branch has been doing low business after key suppliers kept off.

Nakumatt Lifestyle, a 24-hour outlet in the Nairobi Central Business District, was also shut down by the National Social Security Fund (NSSF) six days ago over outstanding four-month rent.

“These premises have been closed. All enquiries to be directed to the landlords’ managing agents,” the pensions fund said last Friday in a notice signed by real estate Consultant Wycliffe Ongwae. The building is managed by Tysons Limited.

So far, 17 Nakumatt branches have been shut down, four of them in neighbouring Uganda and Tanzania.

A management deal that would have seen Tusker Mattresses inject capital into the troubled retailer was rejected by the Competition Authority on grounds it was filed under the wrong legal provision.