A mushrooms farm. John Kuru, a former army officer, transformed his garage into a mushroom farm and says the amount of money he makes from the small space is incomparable with what he used to make from his 12-acre farm. [Photo/Kwaela News Network]

Issuing instructions to two young men working on his mushroom project inside a garage behind his house, John Kuru, a retired Kenyan Army officer, fills in a chart he has been using to monitor the progress.

Kuru retreated back to his ancestral village in central Kenya two years ago where most people depend on farming for a living. He is also a farmer but is practicing it differently.

Unlike his neighbours’ farms that are teeming with potato crop ready for harvest, his 12-acre farm lies fallow. “You must be wondering why I would transform my garage into a farm, yet I have a big land lying idle,” said Kuru.

Before hanging his boots, Kuru, 59, tried his hand in potato farming. Almost everyone else in this region grows potatoes and peas something he says he wasn’t interested in.

He has now transformed his garage into a mushroom farm and says the amount of money he makes from the small space is incomparable with what he used to make from his 12-acre farm.

“My land will remain idle until I am sure my sweat and money won’t go to waste. Ask any farmer around here they will tell you they make no money from these farms despite the hard work that goes into maintaining them,” said Kuru.

After retirement, he enrolled for an agribusiness course at Jomo Kenyatta University of Agriculture and Technology where he was trained on mushroom farming. He ploughed Ksh 500,000, part of his retirement benefits in erecting the structure where he grows the mushrooms. Six months down the line, he says he has recouped this amount and already made a Ksh 300,000 profit.

“Mushroom farming is one of the under-exploited sectors despite its benefits to consumers and the farmers. Kenyans are looking for alternatives to red meat and mushrooms are a perfect match.

With the right skills on how to grow and maintain them, you can never go wrong,” said Kuru.

Kenya produces 500 tons of mushrooms per annum against a 1,200 tons demand both in hotels and home consumption.

This is the information Kuru knew before he ventured into growing mushrooms. “I knew I would never lack of a market for my produce, the demand has been on the rise and it’s bound to continue growing,” said Kuru.

Consolata Muindi, the Chief Executive Officer at Splendid Mushroom Enterprise attributes the low production to the many challenges that come with farming mushrooms.

“Mushroom farmers face quite a number of challenges, which are contributing factors to why there is a shortage of this product in the market. The major problem encountered is lack of expertise in cultivation and disease management. In Kenya, the most stubborn and frequent disease is the green mould which if not managed well can wipe out an entire crop,” said Muindi.

Milton Skovia, who also grows oyster mushrooms on his balcony in plastic containers in Nairobi, says he spent Ksh 800 to set up the mini-farm which he says has now given him Ksh 8,000 since he began three months ago.

He learnt about oyster mushrooms during a recent agriculture trade fair and fell in love with the concept.

“When I realised that I didn’t need a big space to start a farm, I was elated and decided to give it a try. I am happy with the progress so far and hopefully I will get a bigger space before the year ends. Most of my clients are my neighbors and colleagues in the office,” said Skovia.

Large scale producers account for over 95 percent  all over Kenya most of which is button. Oyster mushroom production is picking up because it is easy to grow, has higher yields and has more nutritional value than button.

Due to its lower cost of production and high yielding capacity, mushrooms also present a good opportunity for small to middle scale farmers. A kilo of mushroom retails at between four to six dollars. 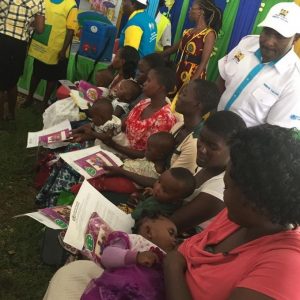 Kenya Becomes Third Country to Pilot Malaria Vaccine
The vaccine, known as RTS,S, will be available to children…