A borrower receives a micro loan from Tala, a dominant digital lender in Kenya.

More than 2.7 million Kenyans have been blacklisted at the Credit Reference Bureau (CRB) over defaulting on loans advanced to them by different micro lenders operating in the country, research by financial services firm Microsave Consultancy shows.

The report compiled by the think tank dubbed Customer Experience of Digital Credit in Kenya shows that more Kenyans are having their credit scores degraded over huge appetite for quick loans.

“Over 2.7 million Kenyans have been reported to a credit bureau with a negative listing for late repayment or default. However, more research is needed to better understand the role of digital loans in contributing to the recent rise in banking sector’s bad loans,” reads the report adopted by Financial Sector Deepening Kenya (FSD) in its Digital Credit in Kenya survey.

The findings of the report are likely to reignite the debate on the regulation of the digital lenders which have been described as “shylocks’ by Central Bank Governor Dr Patrick Njoroge over numerous complains over debt collection methods, data privacy and high interest rates.

While commercial banks in partnership with mobile network operators were first to offer digital loans, a number of start-ups offering loans through apps have emerged which tailor their products to the convenience of thousands of digital borrowers across the country.

Tala and Branch, the dominant players in the sector for example, use alternative data such as call logs, GPS, social network data and contact lists obtained with permission of the user, to assess credit risk and tailor loan offers.

Tala and Branch both have more than one million installs from Google play store.

Tala has disbursed over 5.6 million loans worth Ksh 28 billion to over 1 million customers since its launch in March of 2014.

On the demand-side, the introduction of digital loans met a need for a type of credit that had not been satisfied by other formal lenders.

In 2009, only one in ten adults with a mobile phone had ever used a formal loan from a bank or non-bank financial institution according to FSD. 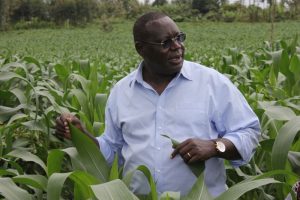