The two law firms formed the strategic partnership in order to provide an integrated offering of top-tier legal services exclusively dedicated to the African continent. MMC Asafo will be based in different offices, with a balanced presence in France and in the major African business hubs of Nairobi, Abidjan, Casablanca, and Johannesburg.

“There is an increasing interest and opportunities in Africa, and this strategic direction is meant to provide clients in Africa with a competitive advantage through our combined experience and resources,’’ said MMC ASAFO East Africa Team Leader Mr Edward Muriu in his speech as he made the announcement.

MMC ASAFO already has a team of 100 lawyers. The firm has set itself the ambition of becoming a truly Pan-African law firm. It has actively pursued expansion plans across Africa with a view to rapidly securing a physical presence in all the strategic hubs of the continent to provide its sophisticated clientele both in the public and private sectors.

Speaking during the launch of the partnership at a Nairobi hotel, Asafo & Co. founder and managing partner Pascal Agboyibor said that the partnership was key as more and more International firms are developing practices orientated towards the African continent.

“But the strength of our organization lies in the fact that we have an effective presence on the continent and staffed by high-level teams. This allows us to handle major, complex transactions and to be in a position to offer clients a rapid, integrated, value-added service,” Agboyibor said.

‘’Our teams have been instrumental in many of the most significant transactions on the continent in recent years, transactions that will help to shape Africa’s future,” he added.

MMC ASAFO team’s key transactions include advising the DRC Government on the development of the $14 billion Inga 3 hydroelectric dam, the first phase of a continental project called the “Grand Inga”, that is expected to become the largest hydroelectric dam in the world with a 40,000 MW electricity production and increase the continent’s energy output by 50 percent.

The firm is also advising the Republic of Guinea in respect of the review, renegotiation, and restructuring of the Simandou-South iron ore project. Recognized as one of the most complex and well-known mining projects in the world, Simandou-South is closely watched by several mining producers, countries and international institutions due to its possible outcomes for Guinea and the iron ore global market in general.

In Kenya, the teams advised Safaricom’s Initial Public Offering, the largest in East and Central Africa and its subsequent listing on the Nairobi Stock Exchange. 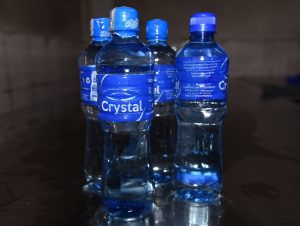 Bottled Water, Soda Prices to Increase With New KRA Taxes
The implementation of the system will increase revenue collection by…