“Ms Mercy Wanjau is a commercial lawyer, regulatory and governance expert with a collective experience of over 15 years in the sector,” he added.

Wanjau is a graduate of the University of Nairobi (LLB Hons), University of Cape Town (LLM) and Strathmore Business School. She is a Certified Secretary and Professional Mediator.

Gituku said the Board is committed to ensuring that there is no leadership vacuum and that we deliver on our vision of a digitally transformed nation.

”I wish to congratulate Ms. Mercy Wanjau on this appointment and to call on the industry and other stakeholders to support her in order to consolidate and sustain the gains realized in the sector,” he said.

Wanjau is a former director, legal affairs at CAK. Prior to her appointment, she was a consultant with KPMG South Africa, Price Waterhouse Coopers Kenya and and also had a stint in commercial legal practice.

She also served on the International secondment at the UN-international telecommunications union.

Gituku praised Wangusi for playing a key role in deepening Digital Financial Inclusion as well as promoting innovations in all sectors of the economy.

He described Wangusi as a transformative leader under whose watch the ICT sector realized significant achievements, including analogue to digital TV broadcasting that expanded competition in the broadcasting industry,

” There is no doubt Wangusi has made a mark in the sector and will remain an important footnote in the history of the ICT industry for a long time,” Gituku said in the statement.

”There is no doubt Mr. Wangusi has made a mark in the sector and will remain an important footnote in the history of the ICT industry for a long time to come,” he added.

Wangusi’s replacement comes despite the Consumer Federation of Kenya moving to court to stop his exit arguing CAK does not have a properly constituted board to name a new director general.

“It’s desirous and in the absolute public interest that this court intervenes to allow for an immediate stop to the unlawful purported recruitment of the successor to the current director,” lawyer Henry Kurauaka said when he filed the case a week ago.

The second and final term of Wangusi came to an end on Wednesday.

Wanjau is an Eisenhower Fellow and a published author with the ITU and UNCTAD. 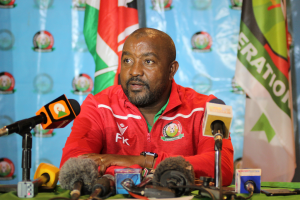