Francis Kimanzi was recently naed the new Harambee Stars coach after Sebastien Migne was fired by the federation. His first assignment is on 8th September 2019. Photo/FKF

Harambee Stars new coach Francis Kimanzi has named his first squad that will participate in an international friendly against the Ugandan Cranes on 8th September.

The former Mathare United tactician was sure to include Zesco United striker Jesse Were in his provisional squad. Were had missed the African Cup of Nations (AFCON) national team call-up with Kimanzi’s predecessor Sebastien Migne saying that the striker did not have what it takes to feature for Harambee Stars.

Apart from Were, the rest of the squad is pretty much the same one that represented the country at the AFCON except for Kakamega Homeboyz midfielder Moses Mudavadi. Coach Kimanzi has also named 10 players in a reserves list who could be called upon in case of injury to the called up players.

Kimanzi and his assistant Zedekiah ‘Zico’ Otieno were recently announced as the new heads of the Harambee Stars technical bench. The two have had experience working with te national team in the past.

Kimanzi has experience with the national team having coached Stars in two different spells between November 2008 and January 2009 and later from November 2011 to June 2012. His assistant Zico has also previously handled the senior team between December 2010 and December 2011. 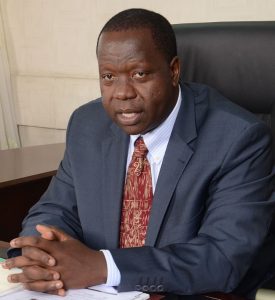