Kenyans have taken to social media to express their displeasure at the order by Interior Cabinet Secretary Dr Fred Matiang’i that all bars be closed from 5 pm on Saturday and Sunday to allow for the smooth conduct of the national population and housing census.

The reactions have ranged from the serious to the hilarious with many wondering why the should be forced to stay at home for two nights even after they would have been counted on the reference night of August 24/25.

Most outraged are football fanatics looking forward to watching the crunch match between Arsenal and Liverpool on Saturday beginning at 5pm.

However, Matiang’i on Thursday justified the move, saying Kenyans have to preserve as a form of sacrifice for the country since a population census is only conducted once in 10 years.

Addressing a press conference at Harambee House in the company of ICT CS Joe Mucheru and Acting Treasury CS Ukur Yattani, he said the move will also provide amble time to spend quality time with family when watching football.

“We are sorry for the inconvenience caused by the closing of social joints. We have to carry out the census. We will not revise the decision. On a personal level, you can have your drink from 2-5 pm. You can watch Arsenal and Liverpool at home, your family may have the rare chance of watching with you,” he said.

“”Bars open at 2pm, you can have your beer till 5pm when they close. If by this time you will not have had enough, then I think there is something wrong with you,” he added.

But Nominated Senator Millicent Omanga has termed the move as :unwarranted, unjustifiable and punitive to business people and to lovers and admirers of booze.”

“Being a weekend, and an end month to boot, it’s tradition for folks to while away time in drinking parlours thanking their bodies for a job well done as well as catching up with buddies to canvass important matters and trending topics. To keep these favourite joints under lock and key means businesses will harvest massive losses and therefore they’ll have no cash to pay their employees, suppliers and landlords,” the senator said on her Facebook page. 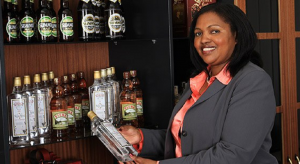 Keroche CEO Tabitha Karanja, Husband Arrested On Suspected Tax Fraud
The brewery empress and her husband are facing charges of…