New York Times (NYT) has responded to the Media Council of Kenya (MCK) over the use of graphic images alongside reporting on the Dusit D2 terrorist attack.

The foreign media house has maintained its stand on the usage of the gory photos saying it is their responsibility to give a clear picture to their readers world wide of the horror of an attack like this.

“This often includes showing pictures that are not sensationalized but that give a real sense of the terrible situation,” said Phil Corbett, NYT Associate Managing Editor for Standards.

The MCK has accused the foreign media house of reporting the Dusit attack recklessly without regards to professionalism in reporting by publishing a bullet ridden close ups of victims compared to similar events in the western countries.

NYT defended themselves adding that the editors have made hard choices and published similar painful photos in the events of shooting in New York , terror attacks in London and Manchester among others.

“We try to consider the same factors wherever in the world something like this happens – balancing the need for sensitivity and respect with our mission of showing readers the reality of these events,” said Mr Corbett.

Business Today has learned that in January 21, 2018, during a shooting in Midtown Manhattan, New York, the Times published a photo of Steve Ercolino laying dead on West 33rd Street after being shot by a former coworker.

The photo shows the late Ercolino laying in a pool of blood with police officers inspecting the area around the dead body.

In August 24, 2014, NYT newspaper published the photo of Micheal Brown, who was shot dead by a police officer, on the front page.

MCK in a written communication demanded that the photos used in the Kenyan attack be pulled down and unconditional apology issued to the matter.

It further issued an ultimatum to take an action against the media house not limited to revocation of accreditation of NYT journalists working in the country should they fail to comply with the demands.

SEE ALSO: HASSAN MUGAMBI: WHY I WAS FORCED TO CLOBBER COLLEAGUES

The NYT has maintained a low profile saying they recognize covering terror events can be painful to those affected, thus they try to be sensitive and thoughtful in how they publish words and pictures in such situations.

“We are sympathetic to the pain of those affected in Nairobi, and we understand that many reasonable people disagree with our decision to publish these photos. But I hope to assure you that we take this responsibility seriously, and are guided by our mission to help readers see and understand the world,” added Corbett. 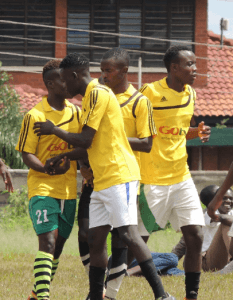 Migori Youth, Kangemi Allstars too broke to honour fixtures
The teams were meant to travel to Mombasa on Wednesday…