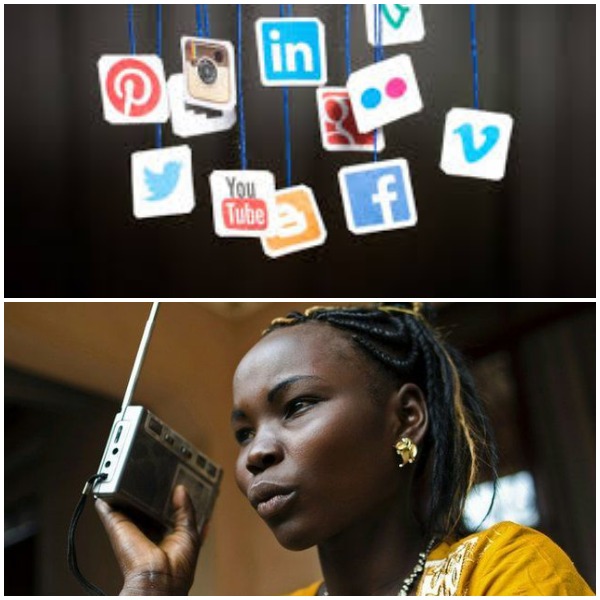 The Media Council of Kenya (MCK) has revealed that social media and the radio are platforms used to spread and report fake news in the annual Status of the Media Report.

Social media is said to have more misreport issues at 36 percent, the radio at 28 percent while the Televison, internet and newspaper followed by 20, 9, and 7 percent respectively.

The radio is reported for airing adverts for land that in some cases never existed, discussing witchcraft, airing lewd and sex-motivated discussions and religious Ads that gave false hope.

Interestingly, the report further revealed that majority of Kenyans at 20 per cent and mostly from rural areas, spent three to four hours listening to the radio.

It also states that 16 percent of locals do not listen to the radio.

“The use of social media for news is catching up and fast, after years of continuous growth owing to relatively low cost of internet-enabled phones, competitive data bundle plans offered by the three mobile phone service providers and increasing popularity of Social Media platforms such as Facebook, WhatsApp, Twitter, YouTube, Instagram and LinkedIn,” the report added.

Of the Social Media platforms used to receive news by the surveyed respondents, Facebook and WhatsApp were noted to be the most prominent.

News ranked as the most watched TV program with five in every 10 Kenyan saying they watched it a week before the survey was conducted.

Soap operas was the second most preferred Tv program at 15 percent with the sport segment following at 12 percent.

MCK says the incomplete gains were as a result of ‘the media being routinely subjected to attacks by security forces, the public and threats as well as intimidation from politicians and their supporters’.

The Survey was conducted by Infotrak Research and Consulting on behalf of the Media Council of Kenya (MCK) in the third week of April 2019. The 2518 respondents from 47 counties were interviewed through Computer Assisted Personal Interviews (CAPI).