With just one month before the old Ksh 1,000 become valueless, the Central Bank of Kenya says Ksh 25 billion were returned to the formal financial system in a span of 30 days.

According to data from the CBK, money held outside the banking system reduced by 9.8% to Ksh 196 billion from Ksh222 billion that was estimated to be in mattress banks before the June 1 declaration by CBK Governor Patrick Njoroge that the old generation Ksh 1,000 notes will cease to be legal tender with effect from October 1.

It is hoped the move will help to deal conclusively with illicit financial flows and counterfeits in the country and region. “By a Gazette Notice dated May 31, 2019, all persons have until October 1, 2019, to exchange those notes, after which the older one thousand shillings banknotes will cease to be legal tender,” said Dr Njoroge.

CBK has since then been undertaking a sustained campaign to encourage Kenyans to embrace the new generation notes before the deadline. Among others, CBK is encouraging parents to give their children pocket money and/ or school fees only in the new Ksh 1,000 notes so that they are not inconvenienced on closing day, after the deadline.

In addition, it wants employers who pay their workers in cash to do so in the new notes so as to ensure they don’t transfer the deadline burden to them. “Remember to call your relatives in ‘shags’, and emphasise to them that the older Ksh 1,000 notes will no longer be valid after September 30. Help them to change their older Ksh 1,000,” reads another tweet by the apex bank.

Bank customers exchanging currency notes for amounts Ksh 1 million to Ksh 5 million of the withdrawn currency notes will exchange at their respective commercial banks, under the normal procedures and requirements, the guidelines issued on June 6 further read.

On the other hand, persons without bank accounts exchanging currency notes for amounts exceeding Ksh 1 million will require an endorsement from CBK. However, all other denominations will not be affected and will continue to circulate alongside the new generation banknotes.

Despite the rollout of the new notes, activist Okiya Omtatah is in court to challenge the decision to include the statue of Mzee Jomo Kenyatta, averring it contravenes the Constitution.

Read Also: Another Company De-Lists from the Nairobi Securities Exchange

Omtatah argues the picture in dispute being the statue is not an architectural masterpiece. However, CBK through lawyer Ochieng Oduol said the distance between the tower and statue does not matter.

However, during a visit to the KICC, Omtatah, lawyers, judges and CBK officials there was agreement that the building and the statue were unveiled a day apart – September 10 and 11, 1973 respectively. 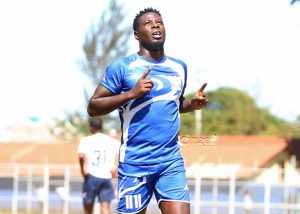