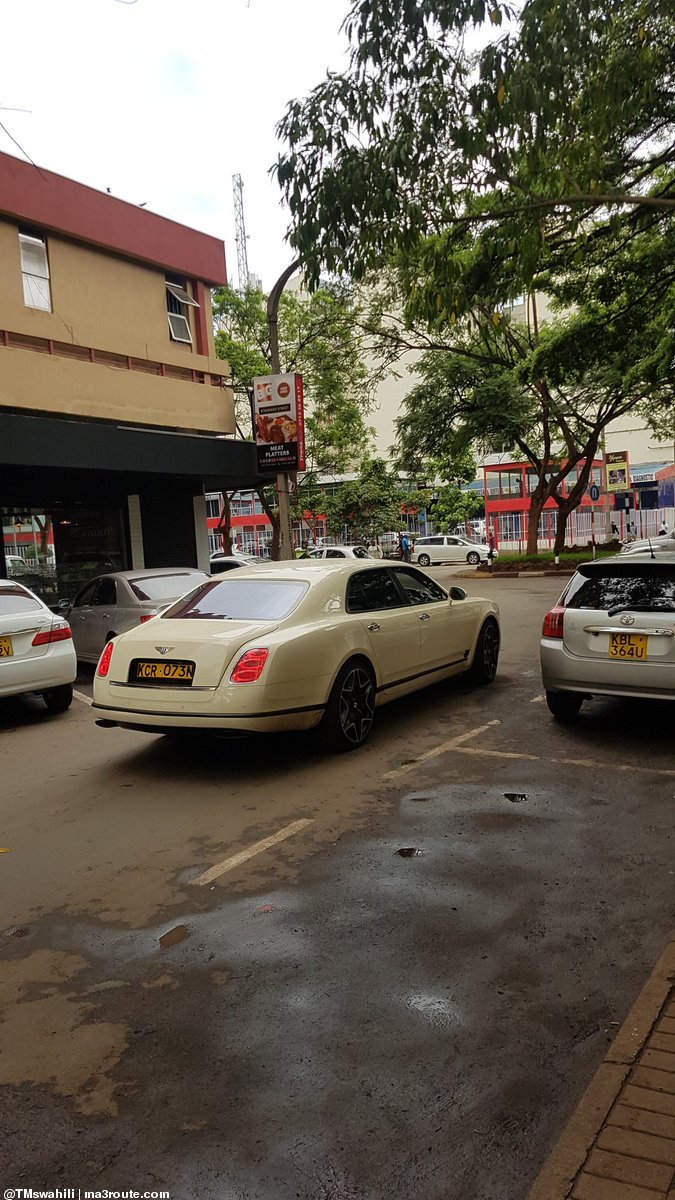 Even as majority of Kenyans try to squeeze their budgets to enable their families celebrate Christmas and New Year celebrations, it seems not everyone is feeling the pinch of an economy that is technically in recession.

A yet-to-be-identified Kenyans was on Saturday seen cruising through the streets of Nairobi in a Bentley Mulsanne. Now, the British-made car does not come cheap. Depending on the type and the level of personalised modifications, it goes for between Ksh 27 million and Ksh 45 million.

This has not stopped the appetite of the well-to-do Kenyans for the luxury car, which was introduced in Kenya last year.

Apart from the Bentley Mulsanne, others in the range are Bentayga (SUV), Flying Spur (sedan) and Continental GT (two-door coupé). The first Bentley was spotted in the country in January last year.

16:25 Who is this billionaire crusing around CBD in a Bentley Mulsanne? pic.twitter.com/fQX1RJkzK3 via @TMswahili

“Bentley is the synonym to extraordinary luxury and performance combined,’’ says Dimitris Karakoulas, the Porsche Centre Nairobi general manager, which is among those that supply the limousines to affluent buyers.

“Created for visionaries with the power to turn their ideas into reality, the Bentley Mulsanne is the flagship model of the Bentley range. The world’s finest handmade car represents the ultimate combination of both luxury and performance. The range offers a choice of three remarkable vehicles: the Mulsanne, the Mulsanne Speed for more dynamic driving and, for those who prefer to travel in the back with extra legroom and comfort, the Mulsanne Extended Wheelbase,” according to the manufacturer.