Ahead of English Premier League blockbuster fixture Manchester United vs Liverpool tomorrow, the former is staring at the possibility of ending the weekend in the relegation zone, a predicament that the club’s faithful could not have seen coming when the legendary manager Sir Alex Ferguson was in charge of the club.

When Sir Alex was at the dugout, he won a record-breaking 38 trophies including 13 Premier League titles, two Champions League crowns, five FA cups but since he alongside chief executive David Gill retired in 2013, the former giants have run from crisis to crisis and the men headhunted to replace the two since then have appeared to be out of their depth.

The man handpicked to replace Ferguson- David Moyes was sacked after six months in charge. The club has spent £850 million (Ksh113.47 billion) to reclaim their former glories which is more or less a wasted investment.

Currently, the club’s annual wage bill is a staggering  £332 million (Ksh 4.4 billion), the highest in the premier league but the club is currently two points off the relegation zone.

The club’s executive vice-chairman/ chief executive Ed Woodward has been blamed by the club’s supporters for presiding over the mess but the club’s majority shareholders, The Glazer siblings have come under more scrutiny for taking out £1 billion Ksh (133.4 billion) to serve their personal interests while leaving the club with a £500 million (Ksh66.7 billion debt) after acquiring the club on credit.

With all this in mind what lessons can managers learn from Manchester United’s malaise?

Succession must be planned for early enough

Safaricom’s interim chief executive Michael Joseph who led the company for 10 years before returning in 2010 is on record saying that his successor the late Bob Collymore learnt the ropes for years before taking over from him in 2010.

By then, Collymore had understood the DNA of the company, had struck relationships with senior managers and the company’s publics and was satisfied that he had everything at his disposal to gazump Joseph’s achievements.

On the other hand, Moyes learnt of his appointment during a casual discussion with Ferguson shortly before the legendary manager announced his retirement.

When he took over, Moyes was largely uncomfortable with Woodward’s over-commercialization of the club and most of the players he had and was forced to rely on then 18-year-old academy player Adnan Januzaj to dig out the club from a horrific run of bad results.

Read: How Uhuru ended up appointing a dead man for top job

American technology company Apple is the epitome of a company that planned for change in guard well in advance before Steve Jobs retired in 2011, by then Tim Cook was in line to replace the titanic Jobs, the transition between the two was seamless.

Most managers could learn something or two from this lesson.

Woodward, a career investment banker helped the Glazer siblings pull of the leveraged purchase of Manchester United in 2005 and for that he was given the keys to the kingdom and in turn, he has made his bosses tonnes of money through commercial sponsorships.

He was brought in a financial planning capacity with one eye on ousting David Gill but when the latter vacated his post in 2013, Woodward found out that financial genius does not translate into success on the pitch.

Gill worked in sync with Ferguson and his experience in dealing in the European football transfer market helped Manchester United compete on all fronts.

Woodward, on the other hand, has attracted the wrath of supporters after bungling transfer window after transfer window, making decisions based on commercial interests at the expense of the footballing wing and failing to back managers adequately.

In January 2018, Business Today reported on The Nation Media Group’s board disastrous decision to appoint current Vivo Energy Managing director Joe Muganda as CEO in 2015 to replace Linus Gitahi with the hope that his success in steering East African Breweries Limited (EABL) would be replicated at the Twin Towers.

Muganda, a business administrator is no journalist and did not have the experience of dealing with them and as a result he ran into clashes with them as evidenced by his clash with then NTV news anchor Larry Madowo over the management’s failure to shield Daily Nation journalist Justus Wanga from the government’s onslaught over an article he wrote ruffled feathers.

The big signings were granted massive contracts but they did not provide value for money on the pitch.

Alexis Sanchez signing, in particular, proved to be the club’s worst decision ever in the transfer market.

Sanchez was granted a contract that guaranteed him a £500,00 (Ksh66.7 million) salary per week.

Woodward’s decision to grant Sanchez that contract proved chaotic as all the other players started demanding parity with the former Arsenal player in contract negotiations.

Pogba, on the other hand, is contracted by German apparel giant Adidas, he gets paid to wear Adidas boots and to endorse their products. The contract is worth £30 million (Ksh4 billion) over five years.

Pogba was signed by Manchester United because he is an Adidas athlete and not for footballing reasons.

Adidas mammoth kit deal with United worth £750 million (Ksh100.2 billion) signed in 2014 means that Woodward would do just about anything to keep Adidas happy.

See also: How NHIF is gambling with subscribers’ health

The result of that is that Pogba has behaved in a manner that seems to suggest that he is bigger than the club and has openly flirted with Spanish footballing giants Real Madrid.

Fast forward to now, the club finds itself in 12th position despite the massive outlays and commercial strength.

In Kenya, companies including insurance companies and media houses have found themselves hiring big names only to find out later that the same talent does not fit their style or is not worth the money.

Managers can a lot from Woodward’s fondness for big names.

Boards must work in sync with management for the greater good

Woodward’s alienation of the management to advance his interests and the undermining of Gill and the subsequent results is proof that a company’s board should work hand in hand with management in order to achieve desired results.

But there are instances when the board works in cahoots with management to loot a company, the recent axing of National Bank of Kenya (NBK) previous board is proof of that.

A company’s board of directors should make sure that the management has the necessary tools to succeed before evaluating its performance and any collaboration between the two should be for the right reasons. 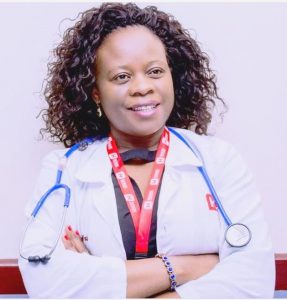 Meet Woman Who’s Dedicated Her Life to Fight Cancer Battle for Kenyans
On this Mashujaa Day, chances are that as Kenyans, we…