Wambui Kibaki with former President Mwai Kibaki. She was appointed to chair the National Employment Authority which is mandated with creating jobs for Kenyans. [Photo/Kenyans]

Kenya has become the butt of jokes (no pun intended!) as the country wastes away due to corruption overseen by those in the highest office in the land.

Despite the billions being wasted daily repaying loans that have benefited a few individuals, Kenyans, on the other hand, are languishing as those entrusted with making their lives better continue looting. The country has become a gangsters’ paradise.

Wambui Kibaki and Her Millions

The first agency that was established by an act of parliament to empower youth is the National Employment Authority which has become a fresh wound for job seekers who never seem to meet the criteria for securing a government job.

On Tuesday, Kenyans were up in arms after it became public that President Uhuru Kenyatta had appointed President Kibaki’s wife, Mary Wambui, as the Authority’s Chairperson.

For a term of three years, Wambui is expected to ensure that jobless Kenyans get opportunities and jobs that can alleviate their suffering.

Ironically, Wambui, a conservative and controversial millionaire does not need the job in the sense that she already has more than enough. But why would she take such a position? That is for the appointee and the appointing authority to explain to Kenyans.

Most other authorities are led by people whose only merit is being politically connected.

These include the Kenya Civil Aviation Authority (KCAA) whose leadership comprises of Eng Joseph Nakodony Nkadayo as the Chairman with Captain Gilbert Macharia Kibe as the Director-General. Nkadayo succeeded a political reject, Samuel Poghisio, who left the entity in 2017 after serving for 2 years.

The other is Kenya Revenue Authority (KRA) whose disappointing performance could only go to show the incompetence of those appointed.

Interestingly, the former long-serving head of civil service Francis Muthaura is the chairman of the tax collector. He was appointed for the position last year.

Muriuki is a teacher by profession with specialized training in Special Education.

Tana and Athi River Development Authority (TARDA) is chaired by Halima Abdillahi Shaiya who was fired from the Kenya Meat Commission in 2014.

A suspension letter presented in court showed that the KMC board was fired for breaching procurement rules, poor performance and failing to implement directors’ resolutions.

The Retirement Benefits Authority (RBA) is chaired by a relative to President Uhuru Kenyatta Victor R. Pratt. Pratt is the husband to Christine Wambui Kenyatta, now Kristina Pratt, who is Uhuru’s older sister.

A politician on the board of directors going by the information on the Authority’s website is politician Sammy Koech who is the MP for Konoin.

The National Transport and Safety Authority (NTSA) is chaired by Lt Gen (Rtd) Jackson Ndungu Waweru. He was appointed in 2016.

Kenya National Highways Authority (KeNHA) is chaired by Eng Erastus Mwongera whose appointment was challenged in court. In the petition by Peter Tana, Mwongera’s appointment was in gross violation of the rule of law.

Tana said that is not suitable to serve in the capacity since he had already served two terms. The tenure at KeNHA is to end in March 2021.

Mwongera cannot discharge any official duties as KeNHA Chairperson until the hearing and determination of the petition.

The National Environment Management Authority (NEMA) is chaired by John Konchellah but the interesting twist is the political connections in the authority’s op management.

Rejects serving at NEMA include Agostinho Neto who was the Ndhiwa MP in a by-election in 2012 and re-elected in 2013.

In March this year, the Kerio Valley Development Authority (KVDA) board appointments caused an uproar since the maximum number of 10 appointees was surpassed by 3 members.

The board is chaired by former MP Jackson Kiptanui.

And the Kenya Ports Authority (KPA) is chaired by another political appointee Retired Joseph R.E Kibwana.

Kibwana, who was the first Navy officer to occupy the office of the Chief of General Staff, oversaw the transition of power from President Daniel Moi to President Mwai Kibaki after the 2002 election.

The General has a chequered career having been among the first of 10 African officers and servicemen recruited to the Navy in 1964.

The Kenya Airports Authority (KAA) is chaired by Isaac Awuondo.

“Jonny has been with the KAA since November 2016 opted not to renew his contract which was due to expire on November 21st 2019,” said a statement from the Authority.

James P.M. Ndegwa is the Chairman of the Capital Markets Authority (CMA). Coming from among Kenya’s wealthiest families, his seat at the table is reserved.

Interestingly, Muthaura’s son Paul Murithi is the CEO. He was appointed on April 22, 2016 with the call backdated to January 2, 2016.

He is expected to leave CMA at the end of this year after serving for seven-and-a-half years.

Out of the 14 Authorities in Kenya, most of them have politicians who have lost in elections appointed as board members or chairs.

In a country where a majority of the youth are wasting away despite their academic qualifications, consecutive governments have consistently sidelined the youth in favour of the politically connected.

Only President Kibaki gave the youths a considerate treatment when he opened the system for youth self-employment. Kibaki’s time saw the country register the highest number of the motorbike industry jobs.

It is at this time that boda bodas became part and parcel of the Kenyan society.

Read>>> Data Bundles Expiring to be Illegal if Petition Passes 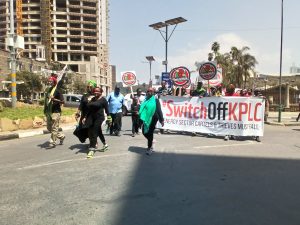