The Law Society of Kenya has called for a swift probe into allegations of fraud at the Milimani Law Courts in Nairobi.

In a statement, LSK President Allen Gichuhi said the society is concerned about media reports regarding investigations by the Directorate of Criminal Investigations (DCI) into alleged fraudulent activities at Milimani Law Courts.

“It is our understanding, from unconfirmed media reports, that the DCI alleges that monies intended to pay for filing of plaints, petitions and other court documents were stolen and that forged court receipts were issued by court registry officials to provide cover for the theft,” he said in a statement.

According to Gichuhi, LSK is alarmed by the allegations and on behalf of its members, it urged the authorities to investigate fully and get to the bottom of this matter which clearly points to actions of staff members working in the Judiciary’s Registry possibly working in collision with others including
clerks serving in several law firms.

“We request that the investigations be undertaken without victimisation of the members of the Law Society of Kenya, many of whom have been impacted by this scam and are deeply alarmed by these allegations. Advocates are on behalf of their clients troubled that monies paid for legitimate filings could have been misappropriated by court officials in collusion with others,” he said.

He urged LSK members as well as the public to remain calm as there is no cause for alarm and assured them that the legal profession is committed to following up the matter to its finality including ensuring that appropriate action is taken against those who shall be found to be liable of any alleged
misappropriation of funds including defrauding the government, advocates, clients and members of the public.

The probe by the DCI follows an internal audit which revealed that taxpayers may be losing millions of shillings to a fraudulent scheme run by staff at the Milimani Law Courts registries, including through use of fake receipt books. 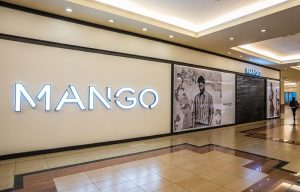