Citizen TV anchor Lilian Muli has raised questions over the status of her relationship with Shabana FC chairman Jared Nevaton after posting a photo of a black rose on her Instagram page, which she captioned “THE END.”

Her followers were quick to tie the post to her love affair with Nevaton, whom she hooked up with after divorcing her husband, Moses Njuguna Kanene, following allegations of “adultery, cruelty and desertion” in 2016. She recently gave birth to her second child and Nevaton admitted paternity.

Some were quick to note that the only other time that a celebrity posted a black rose was when Ugandan-born socialite Zari Hassan separated from Diamond Platnumz.

Nevaton has been in a steady relationship with Muli and the two were variously seen together at functions, including at his rural home in Kisii County before he admitted he was dating her.

Here are some of the comments: 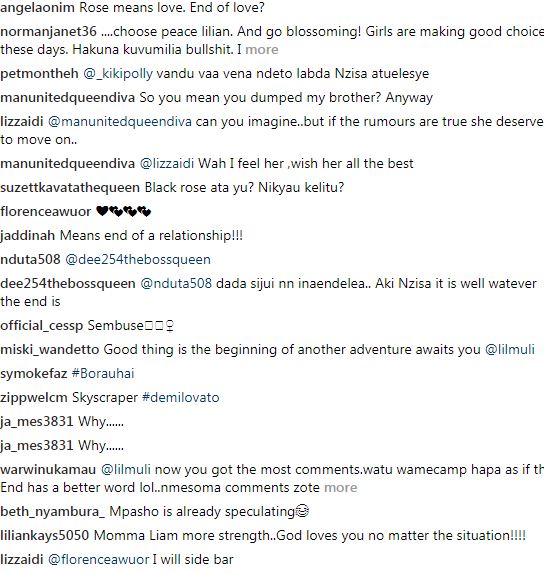