The life of President Daniel Toroitich arap Moi mirrors the story of the birth and growth of our Nation. His life’s journey, from an orphan boy tending goats in Kabartonjo to State House, is a testament of what can be achieved through determination, hard work and the guiding hand of the Almighty. { see more Moi childhood photos below ]

Mzee Moi’s life story is the encapsulation of the Kenyan Dream; overcoming seemingly insurmountable challenges, forging a remarkable life and creating an ensuring golden legacy, and making immeasurable positive contributions to the nation, continent and the globe.

Daniel Toroitich arap Moi was an icon, a legend and a philosopher; all in equal measure. He managed to be a towering public figure and a symbol of both our national unity, as well as Pan-Africanism; yet at the same time remaining a loving family man who jealously protected the privacy and individuality of the members of his household.

At the Kabarak Church Chapel on May 8, 2005, Mzee Moi took his green-inked fountain pen and in his majestic and outstanding handwriting, the legacy of his learning at the feet of exceptional pre-colonial teachers, he wrote a four-line personal decree on the back of the stenciled programme.

The words were from Genesis 28:17 and he titled his writing, ‘Gate of Heaven’. It ran thus: Step by step, step by step I will follow Jesus, Everyday all the way, I will follow Jesus. Perhaps, as an afterthought, he condensed his thoughts and personal resolution by adding the words ‘The Joy of Knowing Christ’ from 2 Timothy 3:10. He then slipped the paper inside the middle of his Bible like a bookmarker.

The bluish piece of paper would be transferred to his new Bible when the previous one got old and marred by his handwritten notes. For 15 years, the paper, a sign of how dearly he held the contents to his heart, would remain by his side until he was called to the Lord.

This bears testimony to the endurance, resilience and stubbornness of his soul, ordered and guided by conviction to his religious beliefs. It explains why religion was at the centre of his daily activities and conversations, even with the youngest of his great-grandchildren.

Never one to fear the inevitability of death, Mzee Moi told his last born child, Hon. Senator Gideon Moi (Baringo County) who was at his hospital bedside at the height of his frailty and pain, that “To accept life is to accept death. You can’t have one and not the other.”

See Also >> Moi’s Funeral Programme Shows Who is Who

It was yet another signal to his beloved family that although his time was running out, he was at peace with himself and God. Kenyans would recall how, though with a heart shattered by the loss of his wife, Mama Lena, on Tuesday July 27, 2004, Mzee faced the cameras and declared his deepest secret to Kenyans, by saying when his time comes he would be buried in Kabarak.

Today we lay him to rest on his chosen spot, and though we miss him, we are buoyed by his powerful guidance to his family, friends and Kenyan leadership: “Everything will be done at Kabarak. The service and burial. It will not be at Sacho (his birthplace). Kabarak is the place I will be laid to rest when my time comes.”

That was 16 years ago. Today, here we are fulfilling his wish, albeit with modification given his status as a Kenyan statesman and President for 24 years. Mzee’s family are in full agreement with the additional service and State’s own final rites reserved for a man who led, transformed and served Kenya as Commander-in-Chief for 24 years.

Before independence, Moi went into public service as a member of the LegCo, and afterwards served in President Jomo Kenyatta’s Cabinet, later becoming Kenya’s third Vice-President after Jaramogi Oginga Odinga and Joseph Murumbi.

His personal philosophy and belief in God defined his view and purpose in life, and that is why in his endeavour to lead and reflect a Christ-like character, something he never stopped beseeching Kenyans to follow, he strove to uplift the poor, the old and children from the grip of poverty, ignorance and disease.

He was generous to a fault and the footprints of his generous heart are to be found all over the country: from Namanga to Kibbish, Dukana to Busia and Isebania to Habaswein.

The free school milk programme, school classes and dorm expansion projects; the litany of Nyayo Wards; women and youths financing projects; daily rallying to Kenyans to embrace his Nyayo philosophy of peace, love and unity; and the use of his own personal resources to empower the poor and the bereft were all founded on his heart and belief system. And so were his environment conservation efforts and water supply goals. All were about improving the world and the state of humanity in God’s universe.

It is the reason he stood for long hours in the searing sun of Baringo and Ukambani lifting huge stones as he led the construction of gabions. They were not by accident or mistake, but sprung from what defined him, for that was Moi’s belief system and testimony to his upbringing at the Lord’s feet so early in life, unlike many of his contemporaries who were consumed by ordinary village life and ambitions of the time.

It is the reason why, after being hired by missionaries in Kapsabet High School he would walk all the way to Kapsowar, some 100 kilometres away, a treacherous and dreary journey, and used the Sh. 2 he was paid to buy his first Bible rather than clothes, shoes or beddings. Outside the realm of politics, Mzee Moi radiated another personality by sharpening his conscience and preparing himself for the life hereafter through prayer and supplication.

It is in this space that he exhibited the fiery and religious resilience of Daniel, the Biblical man after whom he was baptized and named. From his immersion in water, and throughout his life, the promissory line in the Book of Daniel abided by him in the words: “But as for you, go your way to the end; then you will enter into rest and rise again for your allotted portion at the end of the age” (Daniel 12:13).

It is no wonder that as his Presidency came to an end, he not only maintained – to the disbelief of his diehards who had known no other leader other than Mzee – that he had no wish to cling on to power, and would abide by the Constitution of Kenya when the curtain fell on his rule. And his word was always his bond.

NEXT READ >> Inside Lee Funeral Home, Where Moi’s Body was Kept 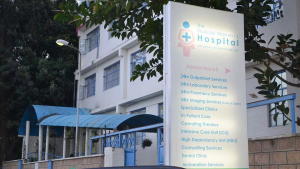 Nairobi Women’s Hospital Takeover Likely With US Investors Deal
For the past two weeks, the hospital has been roiling…