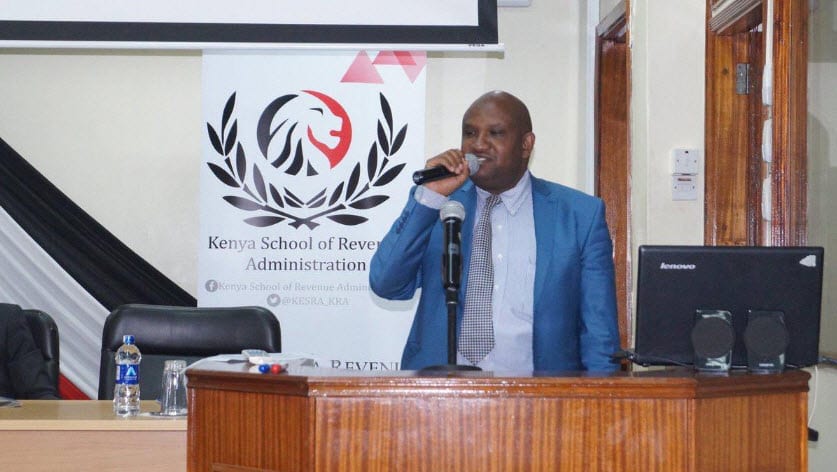 Revenue collected has more than doubled over the last seven years from Ksh 0.707 Trillion in FY 2011/12.

The exchequer revenue grew by 11.5% with a collection of Ksh 1, 477 trillion against Ksh 1.340 trillion collected in FY 2017/18. The exchequer tax income amounts as reported in the Kenya Gazette was Ksh 1.440 million. “In addition, KRA collected other duties including Agency Fee amounting to Ksh 103 billion. This is revenue collected on behalf of other government agencies mainly at the ports of entry.

They include Railway Development Levy, Traffic Fees, Land Rent and Cash in Transit amongst other levies,” he added in a statement.

Mburu said KRA collections FY 2018/19 performance compares well with the prevailing economic indicators including GDP growth of 6.1%, and an average inflation rate of 5.2%.

The economic environment had a positive impact of Kshs. 13.866 Trillion on this year’s revenue. Inflation rate was at 7.20% and the dollar exchange rate was at Ksh. 101.16.

Revenue collection by departments (Domestic Taxes and Customs and Border Control) experienced growths of 11.0% and 11.8% respectively.

The good performance in Domestic Taxes Department is largely attributed to Rental Income Tax, which grew by 41.7% and Domestic VAT with a growth of 12.3%.

This is attributed to Tax base expansion initiatives that are part of the recently launched KRA 7th Corporate Plan.

Customs revenue was positively impacted by a 16.3% growth in oil revenue and 12.3% growth on import duty.

Mburu said non-oil revenues:grew by 11.6% with a positive influence of Kshs 38,217 million during the financial year.

PAYE grew by 7.9% as a result of subdued growth in the private sector employment. Employees Registered for PAYE grew by 4.5 % in FY 2018/19.

PAYE growth was driven by the public sector, which registered a cumulative growth of 8.9% driven by upscaling of salaries in the education sector.

Tax policy, driven by the impact of the widening of tax bands, reduced the revenue base by Ksh 6,125 million cumulatively. Domestic VAT grew by 12.3% driven by 9.8% growth in Value Added Tax turnover, which was mirrored in nominal GDP growth of 10.4%.

The domestic VAT growth was also explained by growth in withholding VAT and in particular growth in public sector withholding which grew by 12.1%.

With respect to beer, non-‘keg’ beer (where the bulk of taxes are) volumes declined as ‘keg’ beer volumes (which benefits from remissions) grew substantially.

Thus the growth was primarily explained by slow volume growth in cigarettes and composition in beer deliveries.