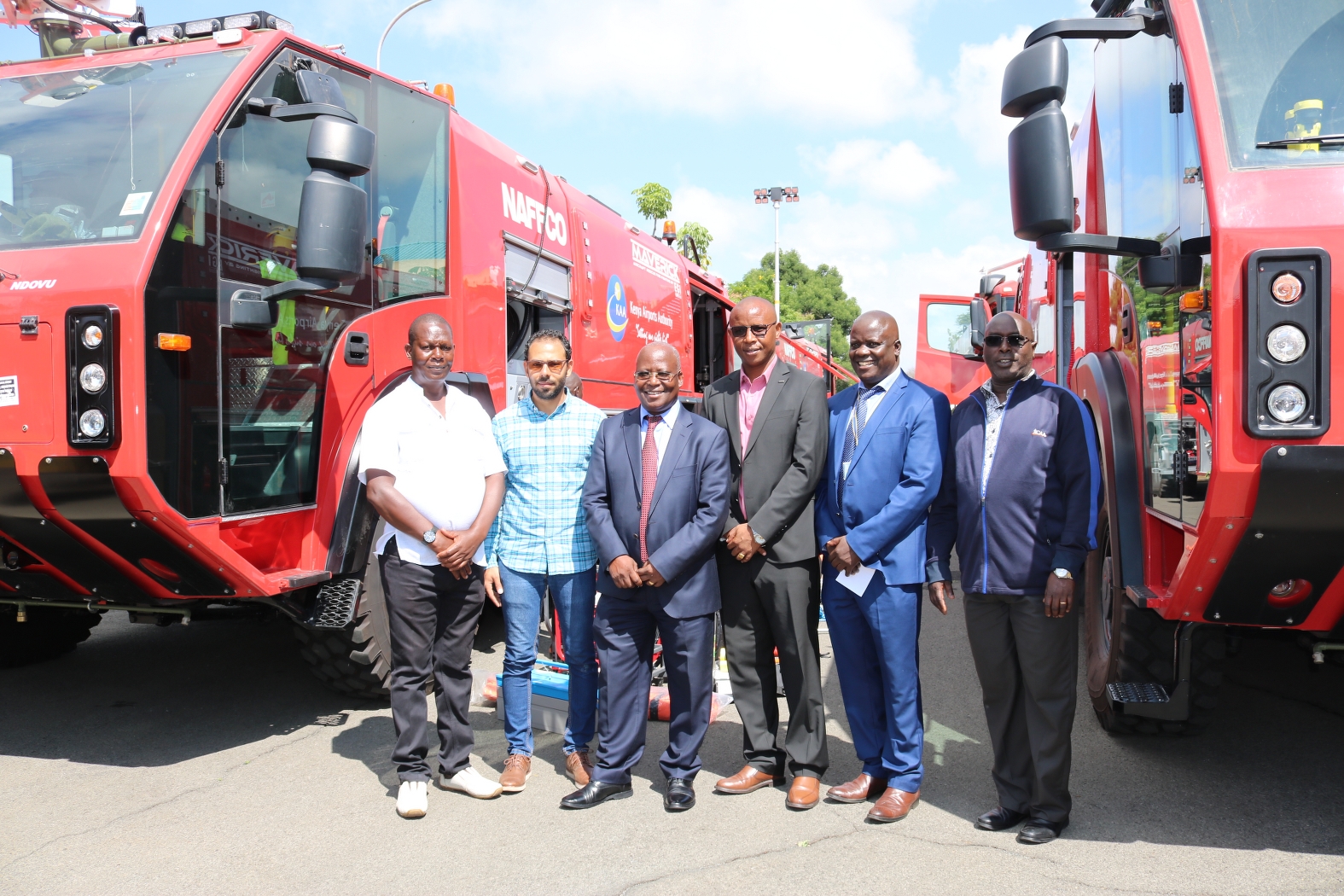 The firefighting trucks are in addition to two which were commissioned in March last year and at the Jomo Kenyatta International Airport (JKIA) as part of the ongoing modernisation of local airports and airstrips in the country.

According to Alex Gitari, the Acting Managing Director, KAA, the ultra-modern trucks will help KAA in meeting the challenges and demands of disaster management in the local aviation sector.

See: Digital Footprint a Danger to Your Safety, Loved Ones

“As technology in aircraft production increases other sectors of the industry like ground support infrastructure and services like fire cover must also be upgraded to meet industry demands. We assure our customers, including our esteemed airlines that safety is our top priority at KAA and we are pledging to provide resources to ensure our airports meet the highest safety standards that go beyond the regulatory requirements.” He added.

The airports, he said, were the first and last points of contact for visitors and travelling public, and for whom safety was of major concern while using the airports.

The trucks, he added, would go a long way in ensuring that airports transitioned quickly to recover and resume normal operations in case of emergencies like aircraft accidents and domestic fires. The airports emergency response teams in Kenya comprise of airlines, ground handlers, hospitals, ambulance operators the county governments, security agencies and the neighbouring communities around the airports.

Read >> In Coronavirus Pandemic, a Golden Opportunity for Kenyans

The details were revealed by UK Foreign Secretary Dominic Raab, who is on his first official visit to Kenya.