Entrepreneurs who showed up for the first masterclass by Jumia pose for a photo with the Jumia team. Photo/ Jumia Kenya

Kenya’s leading online shop Jumia has debuted classes where they will be teaching upcoming entrepreneurs about the particulars of growing business.

The company held the first session on Thursday where entrepreneurs got a chance to learn from Jumia staff on how their businesses can be visible. Jumia’s plans are to hold these masterclasses on a monthly basis with different topics.

Talking to a Business Today reporter, Charles Njuguna, one of the Jumia staff delivering the lessons said that these entrepreneurs know about what they are being taught only that they weren’t aware.

“I was surprised to hear that the entrepreneurs have been putting the knowledge in practice but just didn’t know that they were,” Njuguna said, “These guys know everything we were teaching but just didn’t know how to apply it effectively. We are now giving them actual application particulars.”

The lessons are a way of Jumia giving back to the ecosystem and helping Small and Medium Enterprises (SME) to grow as well. According to the head of communications at Jumia, the company wanted to do a Corporate Social Responsibility (CSR) project that made a difference to the ecosystem.

“We wanted to find a unique way of giving back to the ecosystem. In whatever we do, we’ll want to leave an impact but our direction right now is giving back what we have and what we know is valuable to the ecosystem,” Pauline Masese, the head of communications at Jumia noted.

The tutors came up with the topic for the first masterclass but the other ones will be based on feedback from the young entrepreneurs.

“We will be working on the feedback we get to know what people are interested in. For the first masterclass we thought it was relevant to teach about growth hacking because the World is getting into that,” Njuguna said.

“We will be taking the suggestions from the trainees to get an idea of what we will teach about in the next session. We will cover things we have big expertise in, things we know because we want to emphasize on things that we have tried, tested and saw working,” he added.

Jumia was once an SME and it made mistakes while it was still growing and these are the mistakes the company wants to warn the public about.

“If you are an entrepreneur, you don’t have to make the mistakes we made. Why not learn from our journey and use these lessons to accelerate your business?” Njuguna noted.

The next masterclass will be held in October. 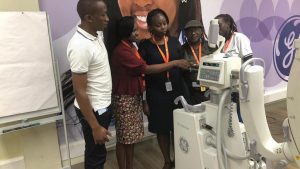