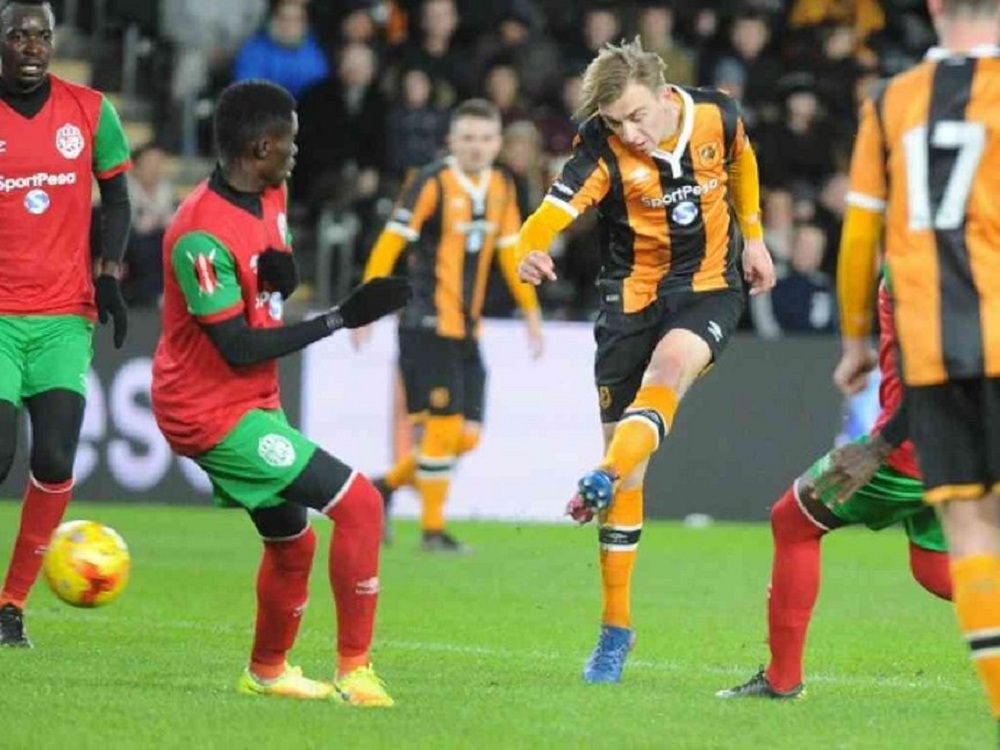 English championship club, Hull City will tour Kenya next month in conjunction with Main Shirt Sponsor SportPesa. Head Coach Nigel Adkins will take a squad of players to Nairobi to face either Gor Mahia, the 2017 Kenyan league Champions, or cup winners AFC Leopards in a one-off game at the Kasarani Stadium, the club announced on its website.

The end-of-season match, which will be played on Sunday 13th May, will form the centrepiece of a five-day tour during which the Tigers will also host a coaching clinic for locals and visit a number of community-based projects set up by SHOFCO (Shining Hope For Communities) which look to combat urban poverty and gender inequity.

On the pitch, the visit is aligned with SportPesa’s mission to develop grassroots football on the African continent with the match against Kenyan opponents aimed at exposing local players to international competition and increasing their exposure on the world football scene.

At the announcement of the trip, Tigers Commercial Manager Joe Clutterbrook said: “This is a fantastic opportunity for the club and one we are all very much excited about. Whilst the match against either Gor Mahia or AFC Leopards is obviously the centrepiece of the tour, we are also very keen to engage with the local community in Nairobi, as well as experience the culture on offer.

“The appetite for football in Kenya is immense and it’s a real privilege for us to be working with SportPesa to help develop the game there and also hopefully create some new Hull City fans in the process!”

SportPesa CEO, Captain Ronald Karauri, added: “We are honoured to host Hull City for the first time in Africa. This match portends a lot both for our local football growth and exposure as well as showcasing the country as a tourist destination since it will be the first time in Kenya for most of the players and staff in the Hull City delegation.”

This won’t be the first time that the Tigers have faced Kenyan opposition having hosted the SportPesa All-Stars at the KCOM Stadium in February 2017, the home side running out 2-1 winners. The Club has also been involved in a number of initiatives to aid SportPesa’s football development goals, including the Kits For Africa campaign earlier this season.

Gor Mahia and AFC Leopards will play off on Sunday 29th April for the right to face English opposition. The announcement came on the day SportPesa signed new partnership agreements, albeit of lower amounts than before, with four football entities in the country.

SportPesa will feature prominently on the front of the Gor Mahia and AFC Leopards shirts for this period. Football Kenya Federation has entered a three-year partnership with the company, the goal being to improve the standards of local football. It will get Ksh 69.4 million for three years.

Karauri noted that the company remains committed to supporting local sports despite the economic policy setbacks they have suffered. In 2017, the betting firm withdrew sponsorship for local sports clubs and unions due to the 35 per cent tax on revenue. – Additional reporting by the Star.

NEXT READ: SportPesa renews sponsorship for AFC and Gor Mahia