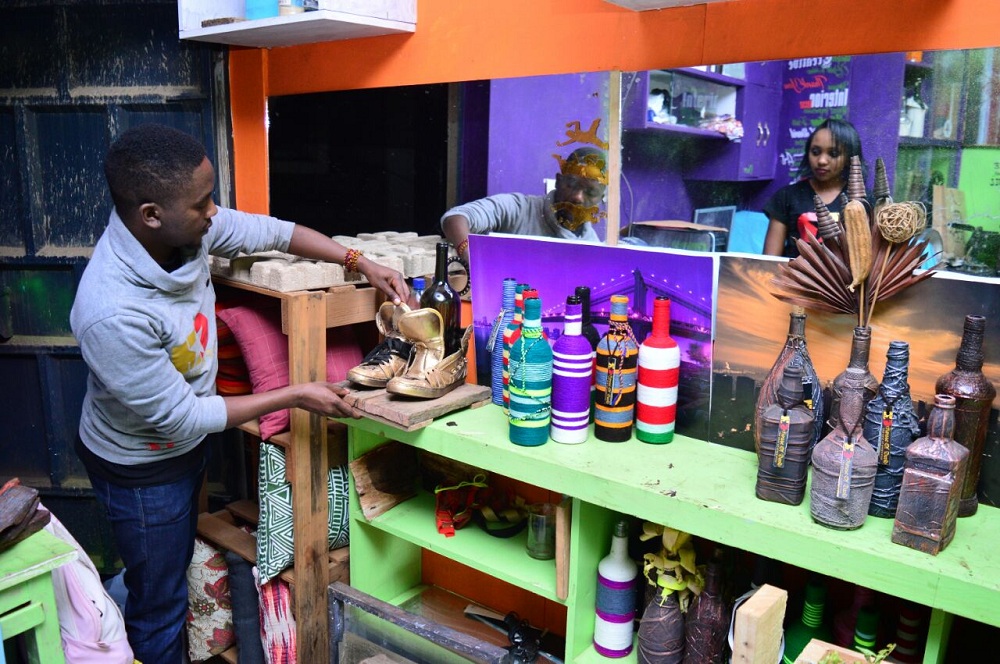 No one imagines collecting waste bottles could fetch millions, even David Chege himself who has become a millionaire from the activity. He is a millionaire at the age of 30, not through government tenders but through his empire of artwork, the House of David.

Any Interior Designer, just like David, who holds a Diploma in Interior Design from Buruburu Institute of Fine Arts, would aim at doing away with any waste materials in the house to make it look better. Turns out, throwing such materials away is tantamount to throwing away millions, according to Chege. This is where he earns his daily bread, and his wealth.

The idea started when he saw empty wine bottles lying around his estate. He would collect them for fun, decorate them and in turn use them to decorate his house of residence. He would then take photos and post them on his social media accounts for his friends to see. Surprisingly, friends started inquiring whether he was selling them. Pushed to the limits he decided to give it a try, and in his first sale he pocketed Ksh2,500, with zero capital input, only creativity and passion.

The third-born in a family of five would then abandon his side hustle and job at Maasai Mara as a Graphic Designer to concentrate on his newly invented business. He would operate from his own house, which served as a residential house, workshop, showroom and even a shop, the reason he picked ‘House of David’ as the brand name.

Family and friends were never surprised at his move, as they had known him to be in love with artwork since his childhood. Being the only one with interest in art, his family supported his idea, with friends helping him market his products.

Chege would be glued to his television set just to watch KCB Lions’ Den Season One just to see what others were doing. He never paid much attention, as he never thought of participating, and if at all he did, he never thought he could win, so he just decided to watch and learn.

READ ALSO: B******y – How to run Kenya’s most lucrative business

However, friends decided not to just watch, as they encouraged him to take part in season two. Chege explains that it was not such a big struggle as he thought, since all he had to do was to put his passion in explaining his business. He decided to be honest and face the reality, which bore him fruits. Convinced of Chege’s efforts, Wandia Gichuru decided to support him up to a tune of Ksh1.5 million. 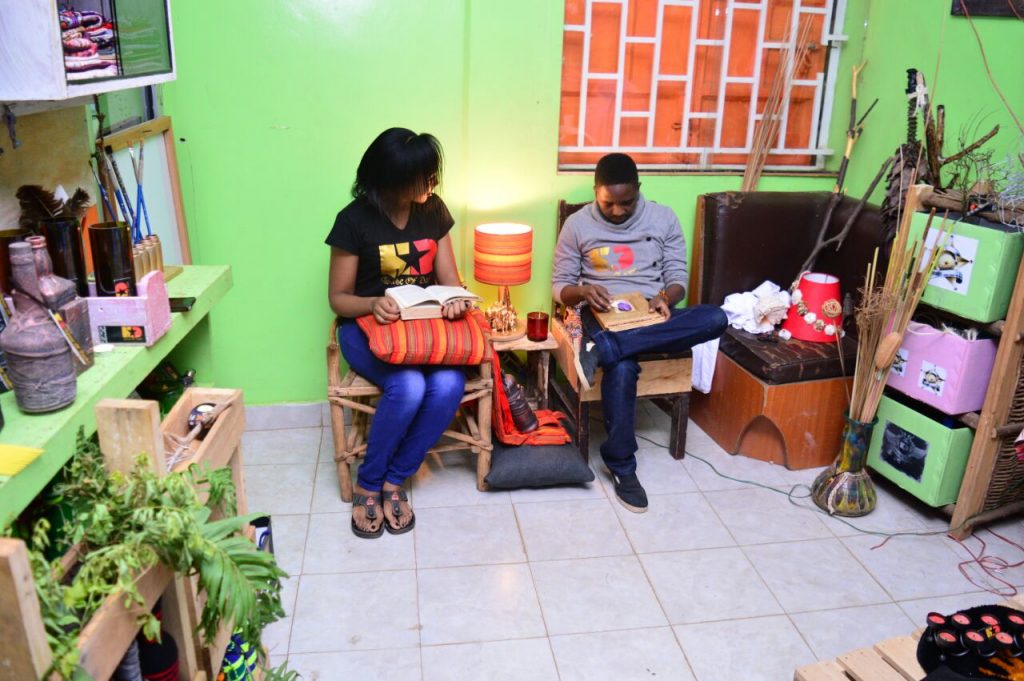 This was one of his turning points as he bought some of the machinery required to enable him do more. In fact, he expanded his business from just house decorations to lampshades, cushions, wood products, centre pieces for events, and anything customisable from the waste materials he collected.

The business was gaining momentum and at one point he received an order worth Ksh90,000, of furniture assortments, which he regards as the best sale so far. Monthly, he earns hundreds of thousands as currently constituted.

With fluctuating orders, Chege has been able to hire two permanent employees to assist him meet customer demands, and one standby employee to chip in in case the orders soar. Despite the growth, Chege only mouths what he can chew, and would turn down an order if he knows he cannot deliver.

House of David, Headquartered in Kahawa Wendani, still serves only Nairobi and its environs. However, plans are underway to expand it to other major cities in Kenya, employ more youths and on top of it all mentor them to start their own ventures. They also intent to start a showroom for their products, since their current workshop doubles as the showroom hence when clients visit sometimes operations have to stop.

The one-year journey has however not been smooth, as Chege puts it. A good number of his customers will buy his products, copy his works and then resale them at a cheaper price, denying him the right of ownership since most of his works are not patented. However, he says this will not stop him from achieving his dreams of penetrating Kenyan market with locally made products.

ALSO SEE: Multimillion business started with a tip from customer

He points out availability of market as another big challenge facing local artisans.

“Most Kenyans do not appreciate locally made artwork, especially from recycled materials. You cannot sell such works in supermarkets and the ‘official’ markets. The products are in their own class, hence you have to create the demand in order to market them,” he says.

Chege vows never to seek employment. He terms talent as the best venture for any individual. “Talent is the best-paying job in the world,” he says. “Exploit it to the capacity and somebody will appreciate you.”

To Kenyans, he says: “Embrace and appreciate Kenyan art and local talent.”

SEE ALSO: The woman who sleeps with d**d people to earn a living

It’s a Tough Life For Betty Kyallo Out There

Minting Billions from Student Housing – How Qwetu Did It

Customer Engagement: Keeping Up With Gen Y and Z