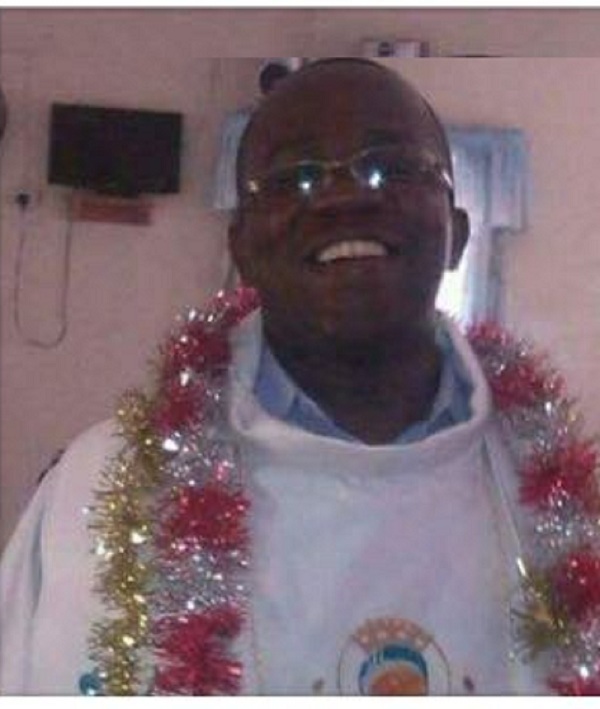 Nyabondo Catholic Church priest Father Evans Juma Oduor, who was at the forefront in condemning police k*****g of innocent demonstrators in Nyanza has been found d***h.

According to The Standard, Fr Oduor was found u*********s by good Samaritans near a sugarcane plantation at Chiga Market Centre in Muhoroni Sub-county, about 30 kilometres from his Nyabondo residence. His burnt car was found some five kilometres away.

Police took him to Jaramogi Oginga Odinga Teaching and Referral Hospital where he d**d hours later.

“Our officers found the man u*********s and he could not speak. He could not be identified so he was booked at the hospital as an unknown patient. He had i******s on the face and hands, and we are still following up on leads that could help us investigate the issue,” the paper quotes County Police Commander John Kamau as saying.

“The patient got to our facility at 11 pm, and we did a CT Scan and other tests, and we discovered that he had massive i******s to the head. He d**d at about 1 am,” said Dr Juliana Otieno, the Superintendent at Jaramogi Oginga Odinga Teaching and Referral Hospital. Members of the Catholic Church visited the hospital mortuary on Monday wondering the motive behind the m****r.

A sister at Chiga Convent told The Standard the priest had dropped her at the convent from town at around 8.30 pm prior to his d***h.

“I had some errands in town during the day, so after that the priest drove me to Chiga and he was to get back to Nyabondo where he stays,” the sister, who declined to be named. She said an hour later, she tried to call the priest to inquire if he got home safe, but his phone went unanswered, prompting panic.

It was not until morning when information went round that the car used by the priest had been discovered burnt in an open field a few kilomeres away. She however said the priest had a premonition of his d***h, having shared with her a strange dream.

Some Nasa supporters led by Embakasi East MP Babu Owino have been quick to link his d***h to his stand on the police k******s.

“Father Oduor who was brave enough to tell off Jubilee gov’t against k*****g luos was found m******d and his vehicle burnt! #RIPFatherOduor,” Owino tweeted.