A tweet claiming that Wiper leader Kalonzo Musyoka has withdrawn his presidential bid is fake.

According to the tweet, shared on 11th January 2022, Kalonzo, the leader of the Wiper Democratic Movement, had dropped his bid and was ready to join the Azimio La Umoja movement championed by ODM leader, Raila Odinga. 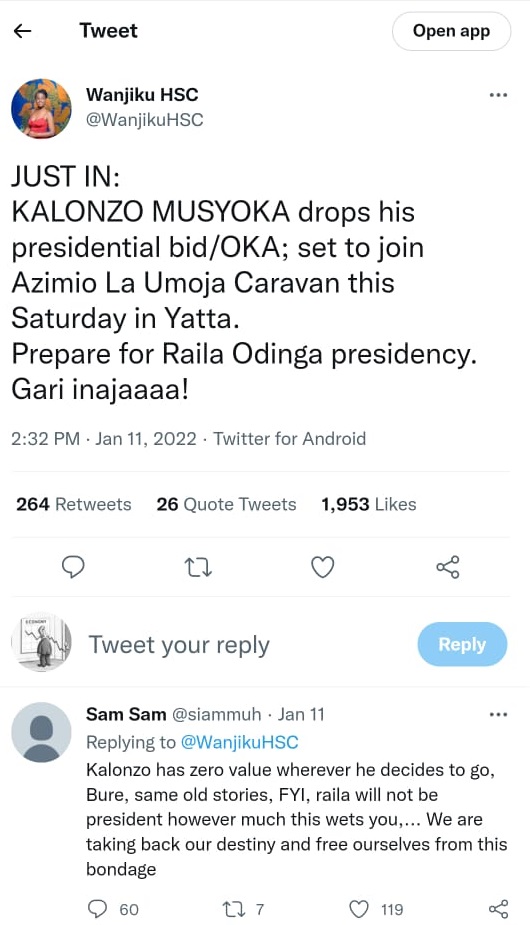 A fact-check on the tweets, however, reveals that they are fake. A review of the former vice president’s social media platforms yielded no information on the supposed withdrawal. Kalonzo Musyoka’s aide, Dennis Kavisu, dismissed the reports, telling Business Today that the news was false.

A Google search on the withdrawal news does not yield anything apart from some of the false tweets. Such news would have been reported prominently by both mainstream media and online news websites.

On 16th January, Kalonzo reiterated that he was still in the race, after speculation that he was contemplating joining the Azimio La Umoja movement.