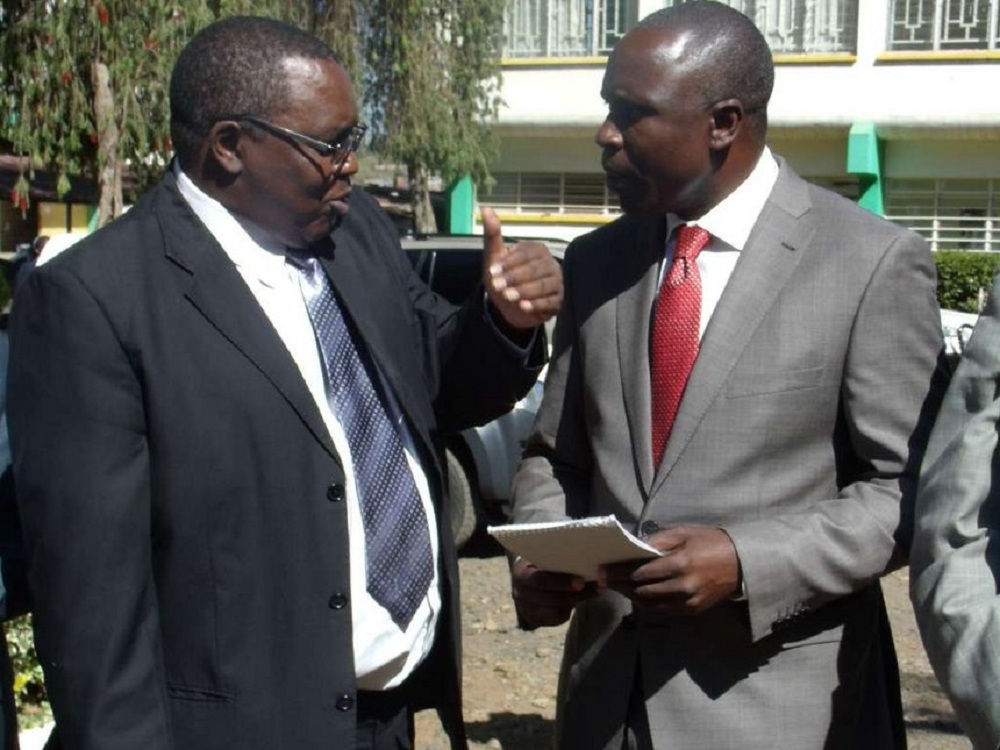 Albin Sang has been appointed the Acting Managing Director of the National Cereals and Produce Board following the resignation of Newton Terer on Sunday.

Agriculture Principal Secretary Richard Lesiyampe has said the decision to replace Terer came after the Cereal Board moved to address an audit report looking into maize purchase and operational issues on the distribution of subsidized fertilizer.

Lesiyampe has clarified that Terer will have an obligation to offer an explanation on NCPB operations upon completion of investigations by the Board, Ethics and Anti-C********n Commission and Director of C******l Investigation.

“Newton Terer resigned and the board accepted his resignation. Terer was not coerced, intimidated or suspended prior to his resignation,” Lesiyampe said.

Until his resignation, Terer was NCPB Managing Director after taking over from Cornel Ngelechei in June 2014.

Lesiyampe further confirmed that the Board had been informed of the diversion of the subsidized fertilizer to farmers after the audit report revealed laxity and operational negligence among the top management of the NCPB.

In light of these a*********s, the PS said the board and the Ministry had resolved to suspend all three Regional Managers as well as the Silo Managers reported to have been involved in malpractices.

“The Board has suspended the regional managers in the Lake Western region, South and North Rift regions pending investigation and the forensic report.”

“Similarly, all the managers in Nakuru, Eldoret, Moi’s Bridge  and Kisumu silos where these malpractices took place have been suspended and will be investigated with those found culpable set be dealt with as per the human resource management of this state corporation and also in accordance with the state laws where applicable,” he said.

The PS further said that 59 staff working in the five critical silo facilities where malpractices were reported were also under investigation.

Lesiyampe also confirmed that the ministry was in the process of registering farmers countrywide in a bid to have a record of what was being farmed and the acreage.

READ: NAKUMATT 50% CLEARANCE SALE IS ON

The PS said the board had paid one billion shillings to 3,200 small farmers with an additional 700 farmers also set to receive their payments within seven days.