CBK Governor Patrick Njoroge during a past press conference. He has called on further interventions to save Kenyan SMEs.

The Central Bank of Kenya (CBK) has given an estimate of Ksh116.9 billion (USD1.15 billion) extra emergency support it is expecting from global lenders to sustain the country’s war against the novel coronavirus pandemic as well as cushion the country’s economy from shocks that will accrue from its impact.

Speaking during a press conference streamed through digital channels to avoid a packed briefing, CBK Governor Dr. Patrick Njoroge said that the facilities from the International Monetary Fund and the World Bank will be availed to the Kenyan government between late April and early May.

Already the World Bank has availed Ksh5.3 billion (USD50 Million) to the government pledged by the Washington based lender before the outbreak of the disease in the country to fund the Ministry of Health’s activities in these unprecedented times.

In addition to the World Bank’s Ksh5.3 billion, the government has sounded out the IMF for non-conditional emergency assistance to the tune of Ksh37.2 billion (USD350 million) that will be channeled towards budgetary support.

By the same theme, the government is expecting an additional Ksh79.7 billion (USD750 million) from the World Bank to be channeled towards the war against coronavirus and budgetary support.

“These are all official flows….some of them were not on our radar at the beginning of the year. The funds will come in to support the emergency operations that are ongoing and will undoubtedly support our reserves and so forth,” said Dr. Njoroge.

Tuesday’s press conference was a follow up of a Monetary Policy Committee (MPC) communique that announced that the Central Bank had slashed its base lending rate to 7.25% from 8.25%, a move informed by the need to avail cheaper loans to borrowers.

Queried on when he projects borrowers when borrowers are expected to feel the impact of the new changes, Dr. Njoroge estimated it will take up to two months.

“This move is targeted on deposit flows because it sets a flow on the lending rates. Depositors must help the country overcome the crisis by sharing the burden,” said Dr. Njoroge.

Some lenders like Mwananchi Credit have already began luring customers with interest-free loans.

The Governor also poured cold water on the idea that the monetary policy regulator should bring its base lending rate to zero stating that the country is yet to reach the stage that warrants such a drastic action.

“We are approaching this issue in a measured and calculated way. We are not going with all our ammunition, sure we do have big bazookas but we do not want to use all our firepower on day one particularly when we do not know how this crisis will last,” added Dr. Njoroge.

In future, the governor hinted that the country might be forced to identify its most important sectors of the economy and craft a plan to ensure that they are cushioned from a large scale shock such as COVID-19. 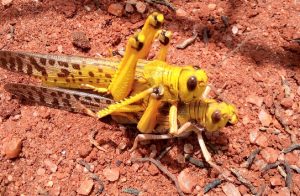