A maize plantation. The government says that it does not intend to buy maize from local farmers citing corruption as one of the reasons. [Photo/File]

Greenpeace Africa is against the government’s move to lock out Kenyan farmers from supplying their maize to the National Cereals and Produce Board (NCPB).

The protest comes just days after Agriculture Cabinet Secretary, Peter Munya allowed processors to import four million bags of maize to beat a looming deficit. Munya further stated that the government does not intend to buy maize from local farmers citing corruption as one of the reasons.

In a statement in response to these developments, Greenpeace Africa’s Food Campaigner Claire Nasike said, “It is very surprising for the CS to say that the government will not buy maize from Kenyan farmers. While we commend the government’s efforts in dealing with the global pandemic, we urge the Ministry of Agriculture to support smallholder farmers to achieve food security during this crisis.”

Nasike added that the CS should ensure that smallholder farmers who produce 80% of the food consumed in Kenya are prioritised.

“CS Munya needs to find a way to curb corruption within the agencies such as the Ministry of Agriculture and National Cereals and Produce Board and move with speed to purchase maize from farmers,” she added.

Nasike said that local farmers are at the forefront of cushioning Kenyans against hunger in the wake of the covid-19 coronavirus.

She said, “Buying grains from them will enable them to produce more food that is required at this time. Smallholder farmers continue to be the most underserved in Kenya. With proper investments and planning, Kenya’s agricultural sector has the potential to be self-sustainable.”

Kenya is facing a food crisis since locally available maize can only last up to next month according to the CS.

Munya who was touring a coffee-processing plant in Dandora said the government would no longer be buying or importing grains but would only focus on creating an enabling business environment for processors and private organisations in the business.

The UN-FAO says that Maize is by far the most important food crop in Kenya with the staple playing an integral role in national food security.

Of this, about 15% is sold directly to the NCPB and large millers, most of which comes from medium and large farms in surplus regions of western Kenya.

Kenya faces a growing structural deficit in maize production, which is normally met through duty free imports from Uganda and Tanzania at prices below those in world markets.

NCPB’s participation in Kenya’s maize market had increased since 2000, as it often intervenes by purchasing maize, mainly from medium and large farms, and selling below the cost of procurement to incentivize production, while keeping prices low for consumers.

For several years, there have been two distinct value chains for maize in Kenya – one for smallholder farms and one for medium and large farms.

By calling on farmers to release their maize and release it into the market since the government won’t buy it, the move effectively locks out millions of smallholder farmers who now have to compete with imported maize.

Read >> Simple Business Ideas Anyone Can Try in Kenya 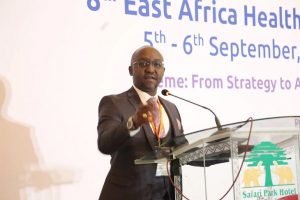