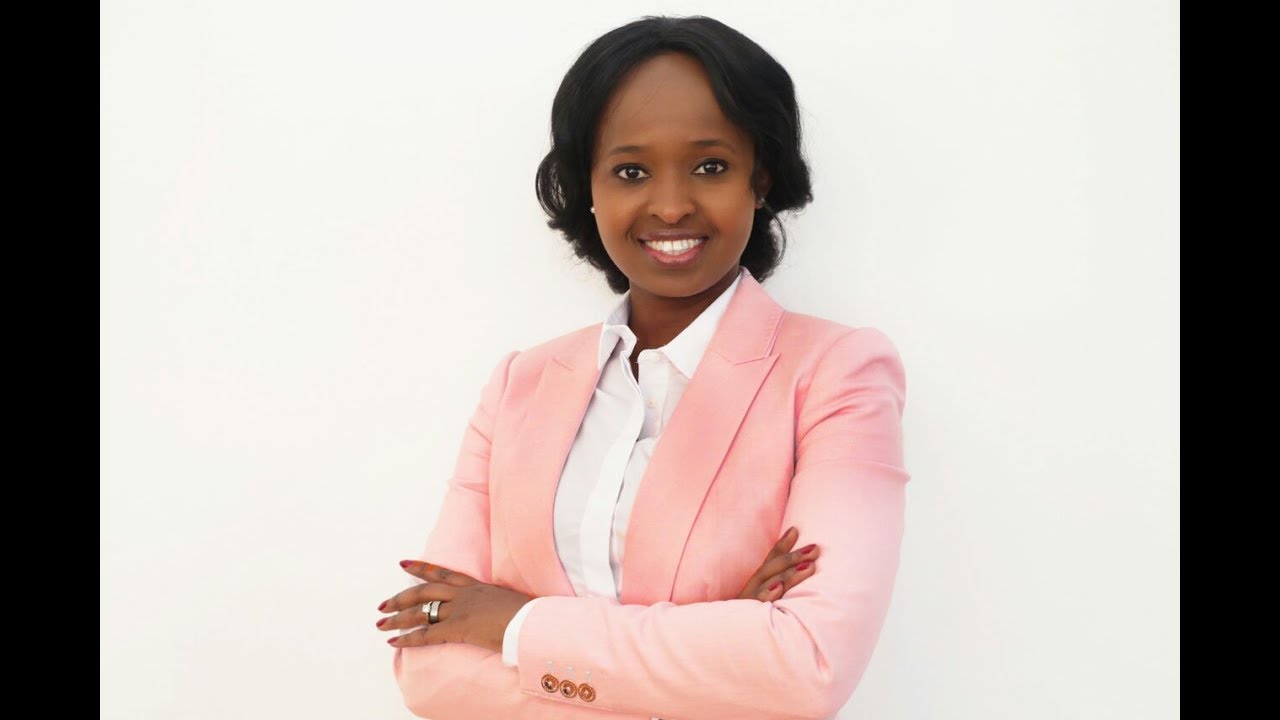 [dropcap]G[/dropcap]one are the days when Angela Ndambuki would serenade her fans with hit after hit. The former member of phenomenal girls band Tatuu, now sits in her office as the CEO of the Kenya National Chamber of Commerce and Industry (KNCCI) going through files and papers, with a phone trapped between her ears and shoulders.

Prior to KNCCI appointment, Angela worked as the CEO of the Performers Rights Society of Kenya (PRISK), a position she has been serving since 2009. For Angela, a lawyer by profession, life is all about exploring different heights with the right people around and with God as the captain.

Born in Mombasa and raised in Nairobi as the last born of six siblings, Angela sat for her Kenya Certificate of Secondary Education in 1997 at Loreto High School, Limuru, before joining University of Nairobi for Bachelor of Law (LLB).

She was admitted to the bar in 2006. She is, however, quick to state that her passion for music and leadership skills were well crafted while she was young at Aga Khan Primary and later in Lukenya Academy where she was the head girl. She picked up singing as a hobby when she was just a young girl and little did she know she would one day rock the Kenyan music industry with several hit songs with the girl group, Tatuu.

“Together with Angela Mwandanda alias Shinde and Debbie Asila, we released hit songs such as Teso, Jua Lanyesha and Songea. But after eight years, the group died a natural death when each of us went on to pursue personal ambitions,” she says.

The group last sang together in 2009. But her passion for music and love of law saw her advocate for rights of fellow artistes under the PRISK. Her job entailed administering on behalf of performers, the collection of licensing fees from users of sound recordings and audiovisual works and distributing royalties to both musicians and actors. It also involved licensing of both music and audiovisual works.

READ: Gina Din finally opens up about her struggles in business

“Finally, I could do something that allowed me to use both my creative and analytical sides,” she adds. According to Angela, the process to becoming the current CEO of KNCCI was gruesome given the fact that she had stayed for a while without doing a job interview.

“I applied for the job in August this year and the process was really challenging because the last job interview I had been to was more than nine years ago. I had to read widely and do extensive research. We were shortlisted 15 candidates then seven and then down to the final three,” explains Angela.

A month into her new job, Angela is looking for business opportunities with foreign investors for the country.

So far, she has already prioritised the advocacy section of the chamber such that they will deal with research, policy and advocacy separately to give business focus an enabling environment. She has also secured funding for capacity building both at national and county levels.

She is focusing on increasing demand for exporters to obtain certificates of origin that KNCCI issues and aims to build a world-class chamber ahead of the 2021 World Chamber Congress bid.

Despite her busy schedule, Angela, a wife and an adoring mother of two, says nothing beats her love for her family. Further, she states that she is the woman she is because of her family and husband Roy Mutungi has been instrumental in her success.

With a shared desire for success, the couple and their children moved to Scotland in 2015 for two years when Angela enrolled for her Masters of Law in Intellectual Property Law at the University of Edinburgh.

“My husband has been supportive of me every step of the way and since we wanted our family together, we moved with our two daughters to Scotland to pursue my LLM. Besides God, family to me is the next important thing in my life,” says a bubbly Angela. (republished from The People Daily)